Picking a name for your character

Picking a name for your character

If I have to choose between the three categories I would fall mostly in the "serious" category. But I would occasionally lean to the "cool looking" as well.
My main character will be named Slocain which is an anagram for my first name. If I can reserve my first name then I'll make a serious thought about using that though

It's either a real name or something that just sounds cool. Very rarely I'll go for the funny names and even then I only use those for twinks. Just in case some of my favourite names will be taken by other players I already prepared a list of other names so I don't have to spend all time to come up with new ones.

Reimu wrote: ↑
1 year ago
It's either a real name or something that just sounds cool. Very rarely I'll go for the funny names and even then I only use those for twinks. Just in case some of my favourite names will be taken by other players I already prepared a list of other names so I don't have to spend all time to come up with new ones.

That's a good idea. I should probably come up with a list. I'm just kind of banking on the fact that I will be able to reserve the ones that I want. Although, if I can't get the ones I want, I might just go to a different server. Hmm...decisions, decisions.

Caspus is what ive named all my paladins since 2011. I used to Roleplay a lot on RP private servers aswell as live before this. Caspius was main characters last name majority of the time. When I started to play on vanilla private servers more seriously it evolved into Caspus.

Kms is the gaming and forum name i've gone by for majority of the games i've played since I was little kid. Funny enough it wasn't me being edgy. Back then it didn't really mean anything to most people until later on it was abbreviated into kill myself. 7 year old me just thought it rolled off the tongue well so it stuck with me.

Cyne is my non-paladin name. I like names that start with C and my character on northdale with caspus got banned so I was forced to think of somthing new. The sign by ace of base was playing on spotify and so Cyne was born. I really like this name because whenever I logged on everyone goes "I saw the cyne" and when we do drunk raids we all sing ace of base when we wipe.

In my case is 1 and 2 ( never 3 ). It depends what I am creating exactly, sometimes I like serious feeling of the game - full immersion and stuff like that. But in the start of Classic I think I will use my current nickname ( so it will be number 2 ) : )

My name is Fendor, chosen after the name I gave to a dwarf character of a book I was planning to write a loooooong time ago (never really developed over the basic concept, it was more of a way to do something interesting during lessons in high school)
I don't know where it came from, I'm pretty sure it's a modification of my mind from Fender, the brand of guitar I used to play at the time :D
Sometimes I use anagrams (Osandiron is another name I use, and is the anagram of the name of a friend of mine)
In the end I tend to use serious names: it probably helps me with the immersion in the game

With the fresh launch of a new private realm earlier today, I decided I wanted to make a post about naming your Character. With name reservations in the near future, I stumbled upon this thread and wanted to necro bump to get some more opinions on how people name their characters. On the server I seen such a mix of names. Its always crazy to see the wide variety on a fresh realm when all the "desirable" names are still available. Some people go lore driven, others delve into deep fantasy, some just go for silly names, serious names, etc... I want to explore what motivates you guys to choose your specific name?

For me, it has always been selecting something that was memorable. For better or for worse, I wanted my name to be remembered. Names are so subjective that you cant define names as good or bad, but certain names are definitely more memorable and that's what I tend to lean towards. Your calling card, your handle, your identity... It should be remembered by others. I usually opt for something short and sweet, ex. Boom, Badguy, Tempo, Rage, Flex... Not reinventing the wheel here. Nothing overly creative. Obvious, simple words that are easy to pronounce and easy to remember. I typically avoid any name that will be shortened by others on discord etc.

g0bledyg00k wrote: ↑
5 months ago
Never making a single investment again until I 100% know it pays off.

I've always called my characters Vodka, V14 or Funplex.
This time I'll go with Funplex again.
I likw the idea of human names for characters and backstories, like Xavier or Viktor, Helen, Oskar, but I don't know what am I going to do :c

This might be a fun little trip down memory lane so let's do it.

First character ever created was Shinoda, my Troll Hunter.
Why the name? I was 19 at the time and a huge fan of Linkin' Parks Album "Reanimation". It was an album that consisted of alternative Versions of their most famous songs at the time & the person largely responsible for remixing them was Mike Shinoda.
Check it out, I still love it today: https://www.youtube.com/watch?v=rU3bMjcvUhE
That character is now still a Troll Hunter at level 107, but when I transferred him to another Realm last year I renamed him "Atahi", which is Hawaiian for "one" or "first". I thought that was a nice touch.

My second character was a Tauren Warrior I called "Zuchtstier" back in the day, which is german for "Breeding Bull".

These characters were created during original Vanilla.

Next up was a Night Elf Hunter I created to be able to play with a few friends who were on alliance side during TBC.
She is level 94 now, never changed servers and was always called "Yarae". This has no meaning that I know of and was simply a result of me not knowing what to name her, trying to create a name that had the flow I expected from a Night Elf. I speak it Ya-Ra-Eh. She saw her best days during WotLK, becoming Yarae the Kingslayer among others.

The Second Character created during TBC was a female Draenei Shaman, her name was EDIT: Whira. That derived from Whiro, a name I also once used, but wanted it to be female. Funny thing is, I found out much later that Whiro is the name of the Maori god of death.

Today she has become a male Orc Shaman called "Fuijin", level 120 and my "main" when I played BFA. Fuijin came to be a name I picked quite often lately. It derived from Fi, but more on that when we come to it.

Fi, my level 120 Troll Druid, was my main during Legion. You can see the pattern here, although I feel like this was plain lazy.

My Rogue on Nostalrius was called Rinkusan. I originally wanted to make a Tank Warrior called "Link", which was obviously taken, because I came to the server a couple of weeks late. I also decided against a warrior because I had played it before, so I went with a rogue instead.
Now in japanese there is no "L" and no "K". The japanese "alphabet" consists almost exclusively of syllables and you would spell Link like this: Ri-n-ku. That - to my great astonishment - was also already taken, so I made it even more japanese by adding the -san suffix, which is described as "a title of respect typically used between equals of any age."

When Fi was taken on Nostalrius, I named my Druid there Fui instead. The lazy way out again

Later I created a Troll Rogue (never made it past lvl 21 or somthing). Both Fi and Fui were taken names, so I went on to make the name more "Troll-like" by making it Fui'jin.

Those are tthe names I have been running with for a while as my main pseudonyms.
You can spot me on the net by either Rinku/Rinkusan/MrRinkusan or Fi/Fui/Fuijin.

That being said I really really enjoy the Japanese & Polynesian languages and would love to explore that more. I have two more months to decide & I do believe I want to go with something exotic but fitting to a Tauren Druid, probably something Polynesian/Hawaiian/Maori.

This was fun, interested to read more of yours :)

Some Screenshots of the Chars that matter to me the most :) 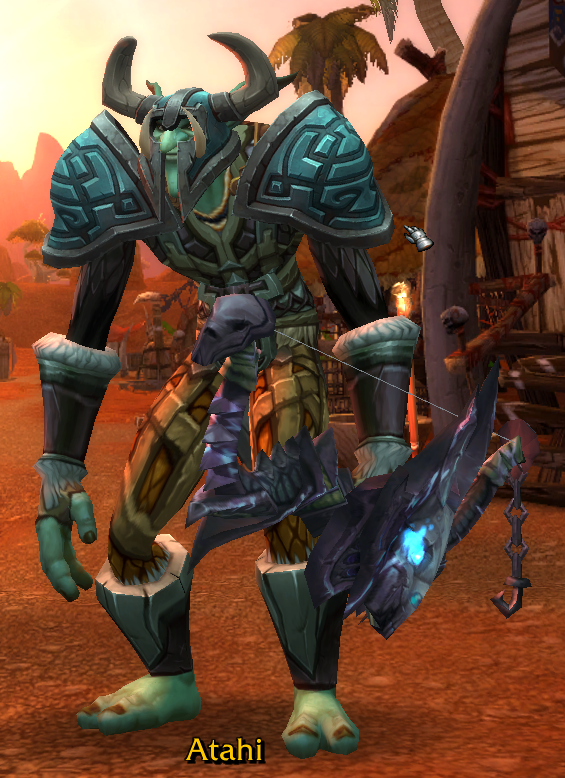 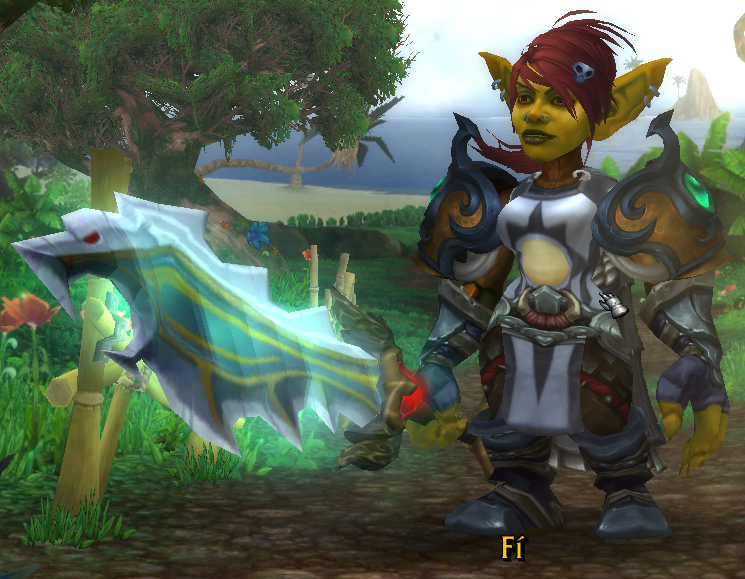 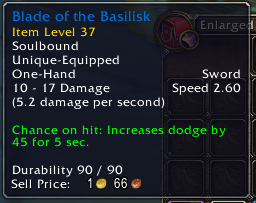 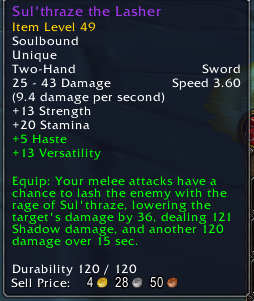 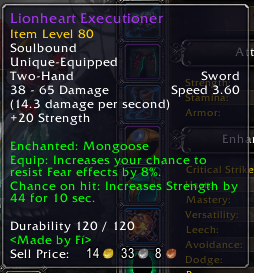 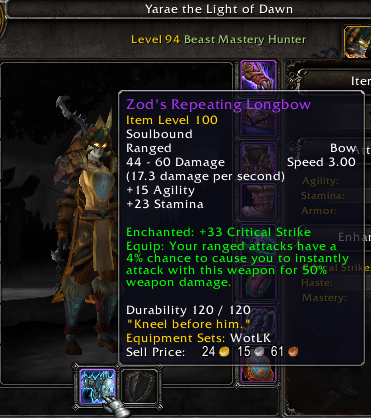 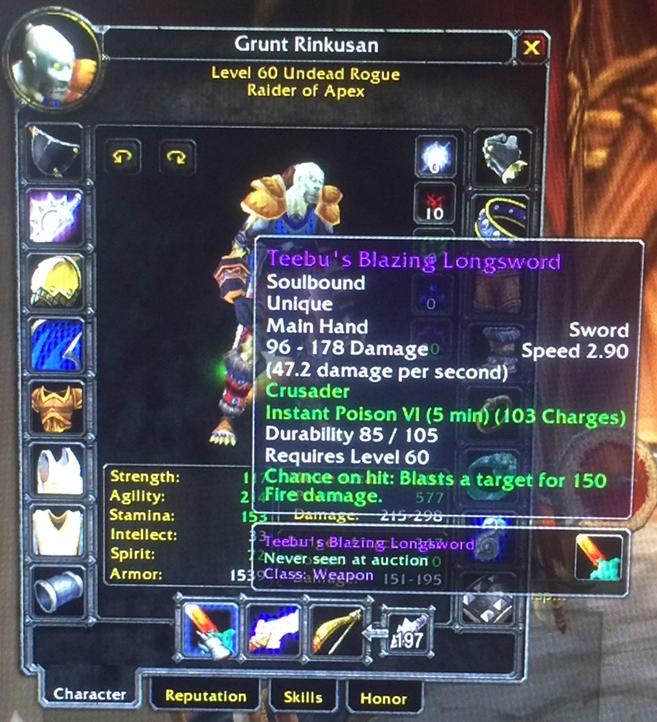 If we speak about MMORPGs, I try to take into consideration character's background, class, race etc. Cannot get rid of some d&d habits! My main usually ends up with a variation of my personal nickname Mirra adjusted to the game's setting, so it's Mirrias currently in WoW.
For alts I go for something lore friendly too, whether it is a first/last name or a nickname. But of course there are some exceptions, like my monk who is shamelessly called Mollymauk, a tribute to a beloved Critical Role character.

I also have a funny story from my time in SWTOR. At some point it became possible to create a character's name consisting of more than one word, so my guildmate decided to roll an alt called Nobody Important and level up through pvp. It was hilarious when Nobody Important joined our guild :D We all wanted to help him in his endeavour and created a whole squad of Sith, Imperial agents and Bounty hunters called Somebody Important, Nobody Else and so on. Needless to say it was the most exciting leveling experience ever :D

I always tried to be in the first 2 groups. Meme-names are not for me

"I do not serve the Light. The Light serves me."

I'm not sure which camp I fall into... not the lore based, serious camp but I guess I'm split between 2 and 3.

In Vanilla, for a while, I played a dwarf warrior named Pistoff (seemed dwarvish sounding and fitting) until the name was reported and I was forced to change it... wound up going with Remmy because I liked the sound of it..

Cool topic though... It's interesting to see what drives people to select a certain name... I think originality is fun (albeit hard) in MMOs.

My original druid was named Dysart, so I'm sure I will resurrect him, name, aesthetics, and all. Though... I remember hating his super angry Night Elf face later on down the line, so he might be a bit calmer :)

I was going to name my healer after a pain medication but its also a drug. will this be against ToS?

I was so unimaginative when I made my first character because to be honest i didnt think i would like WOW.
I wanted just plain 'Batch' because of my last name but it was taken so i add 'The' in front of it to end up with 'Thebatch'

If i knew i was going to get hooked and the name will matter somewhat I would have taken more time on the creation screen.