I've read some about the XP gains and bonus once above 2 people, I have 2 friends who pretty much will play when I am playing and they both only know me as people playing and I them.

So leveling as 3 or solo is the only option without being a complete dick and I really can't pick one over the other.

Instance/Dungeons won't be as viable since we will be 1 "tank" and 2 dps. Unless we're lucky and find a healer I guess?
Is questing the way to go and how does one go about it? Skip all collection quests or just roll with it and kill everything on sight?

From what I gather everyone is saying 2+ people is extending your leveling time by a month or you'll run out of quests and have to AoE farm/kill everything to everywhere.

Anyone tried it on a test and seen how it is? Any suggestion is appreciated as I want to be somewhat "efficient" at getting to 60 even tho everyone keeps saying a trio is insanely inefficient.

you could level in the same zone outside of the group and group up when it's needed, I don't think leveling together with your friends will be frustrating

Finding two people who can logon with the same schedule consistently is virtually impossible. Adding a third person to that is worse. In a duo, one Class will typically get more gain than the other and you will never find two players who are equally competent, so one is ALWAYS carrying... Add a third to this, and that one guy is now carrying two people.

This is less about the xp and more about the scheduling. I dont care if the three of you are unemployed with no RL responsibilities, living together etc... You will STILL struggle getting all 3 logged in at the same times, mark my words. This can work for a day or two, but longterm, this tends to fall apart. Here is what I would suggest...

Either make a character FOR them and level your main without them OR lock in for a specified time period that everyone can agree to (ex. the first 4 days of launch from xtime - ztime)

TLDR; unless youre a conjoined twin - dont plan on organizing a longterm leveling partner. Dungeon cleaves are struggling to lock people in for 4 days straight and most of those will fail. I cant imagine leveling slowly over the course of a month with another person.

g0bledyg00k wrote: ↑
1 year ago
Never making a single investment again until I 100% know it pays off.

I'm planning to do at least some part of the leveling with 3 people. As you said, it will be slower than going alone. But I also think that 3 people kill monsters quicker than one. Let's say you kill mobs twice as fast with 3 people - you're looking at 30% more leveling time, but throw in some dungeons and it might be 100% more enjoyable to play with your friends.

For dungeons, it depends on the classes. You don't really need to spec as a healer to heal most dungeons. A shadow priest or ele shaman would be sufficient too. If you aren't rolling any healer classes, consider finding a friend or two in the community who can run with you regularly. As an old-school healer, I would prefer grouping up with the same people who play together and know what they are doing.

Bonus points:
- Pick up professions with some synergy (mining/herbalism on different characters, one tailor to make bags). You might be able to get to 300 faster than anyone else due to the loot sharing, if you can agree on giving one person all the herbs/cloth/leather/etc.
- Play on a PvP server. It gives you an easy edge to be with 3 people all the time. And if you like ganking... well, I hope you don't play Alliance on my server :-)
- Farm dungeons when there are no more quests. They are fun, and with three people, almost every loot drop has a purpose. You also get a small chance of sought-after twink gear that you can keep for a little while and sell once people have money.

What's more important to you? Hitting 60 quickly, or hanging out with a couple of your friends? If you're not in a big rush then you could have an alt that you run when both your friends are online, that way they all stay around the same level and stick on the same parts of quest chains together. This will make your main level slower though from taking time away from it.

I agree with the other guys here though, it's going to be both frustrating and difficult to arrange scheduled times that all 3 of you are online consistently. And that's not fun either. 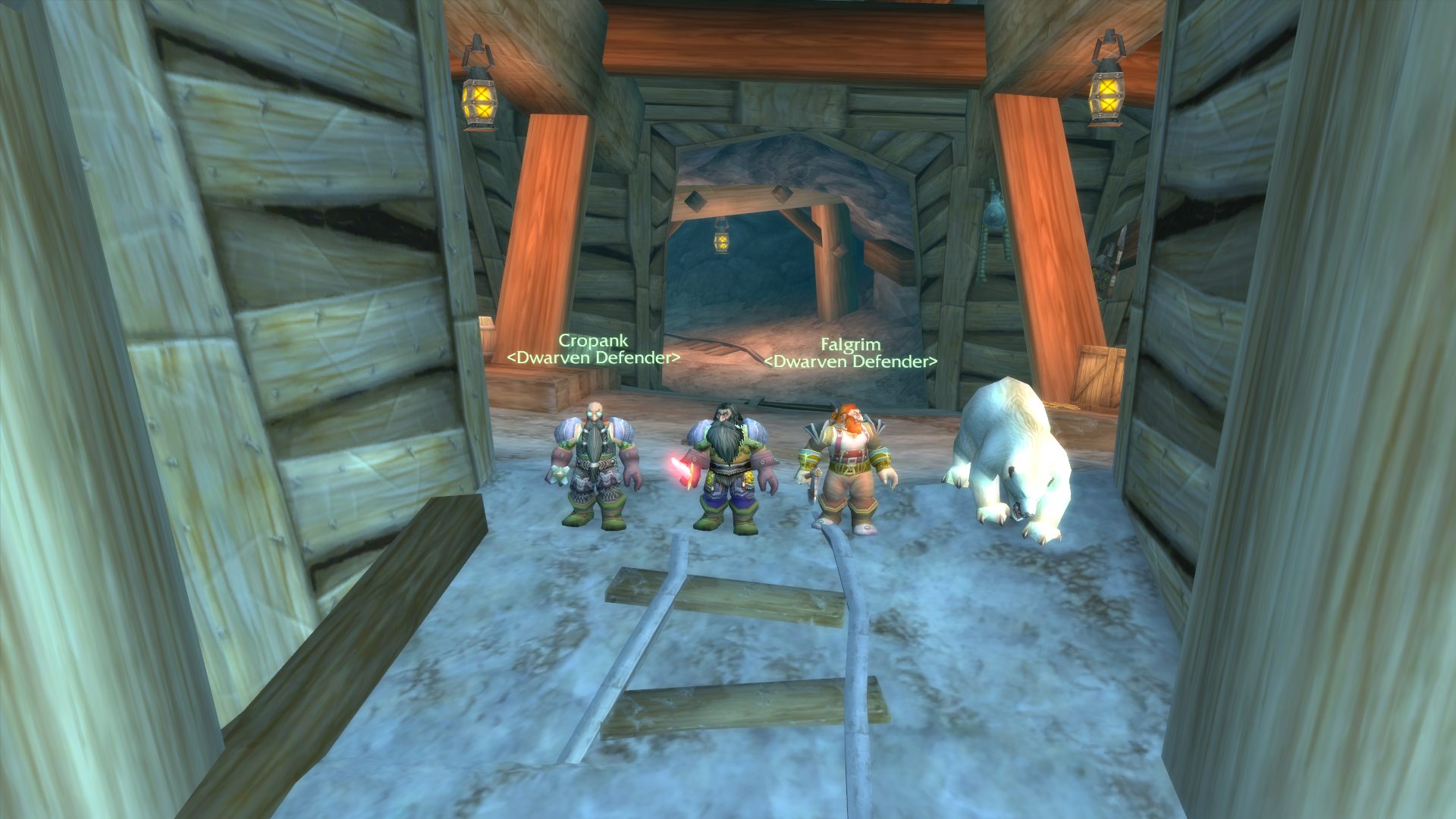 Don't listen to these useless swabs, Dwarven Defenders leveled up just fine as a trio, from level 1 to 35-40 in no time ! Works smooth like a https://classic.wowhead.com/item=1404/tidal-charm, zone questing, elites, dungeons, contested zones - easy peasy, nice and swift ! Solo leveling is slow and boring !! Anyone who claims different is writing https://classic.wowhead.com/item=5272/insane-scribbles and shouldn't be taken seriously !!! Uncle Ganus McAnus wrote: ↑
1 year ago
By the Skull Crack of Jay Allen Brack, I say !

TrollOfNova's Horde Digest of Joanasworld.com's guide. Found on the Warlock discord, there's a few numbers off but other than that it's a good ref point.

Thank you all for your input!

Like many said scheduling is probably the biggest hurdle, guess we'll see :P

TrollOfNova's Horde Digest of Joanasworld.com's guide. Found on the Warlock discord, there's a few numbers off but other than that it's a good ref point.

I will take a look at this for sure.

Don't listen to these useless swabs, Dwarven Defenders leveled up just fine as a trio, from level 1 to 35-40 in no time ! Works smooth like a https://classic.wowhead.com/item=1404/tidal-charm, zone questing, elites, dungeons, contested zones - easy peasy, nice and swift ! Solo leveling is slow and boring !! Anyone who claims different is writing https://classic.wowhead.com/item=5272/insane-scribbles and shouldn't be taken seriously !!!

Solo leveling is not boring. I did it the last time and I am doing it this time. The first time I met lot's of nice folks along the way doing the same. We don't all go out looking for other people to log on with every time we play. In fact I find that kind of a silly idea limiting yourself that way.

Zacheous wrote: ↑
1 year ago
We don't all go out looking for other people to log on with every time we play. In fact I find that kind of a silly idea limiting yourself that way.