As a follow-up to my previous post , I wanted to show you guys the awesome raid we had yesterday on the stress test server of Gehennas.

We gathered in front of the bank to share weapons, armor, enchants, armor kits, potions. Some of us have pulled all-nighters playing, and with a bit of organization we managed to level most of our characters to 15 and gather a lot of gear for around 40 raiders.

In the end, everyone received: 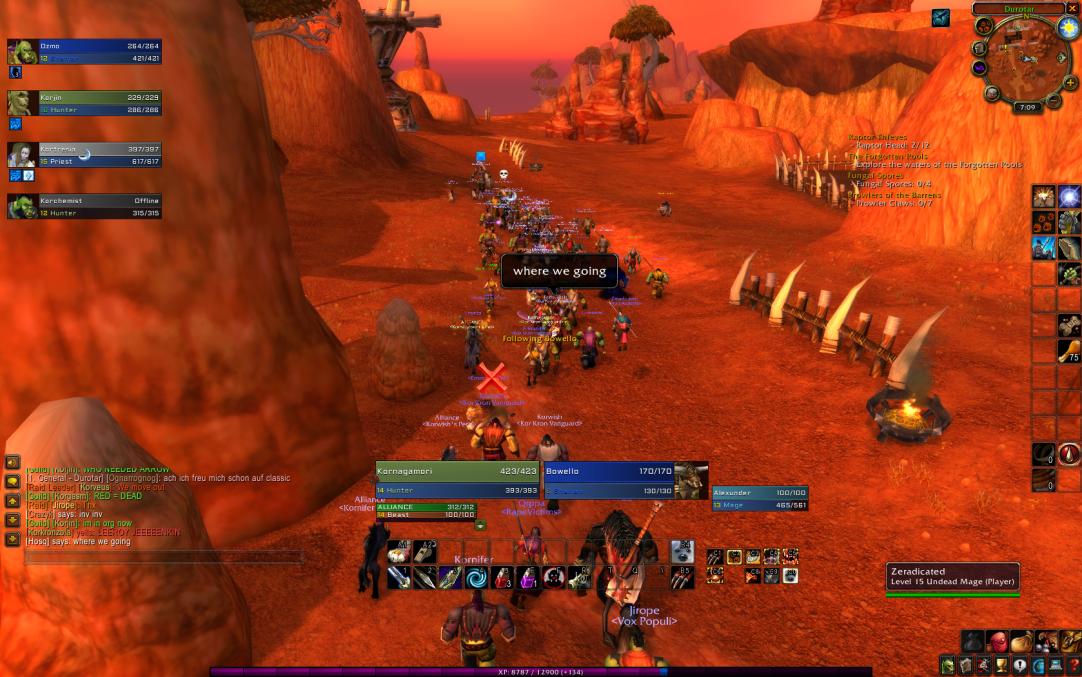 We embarked on the zepellin en-route to Grom'Gol. 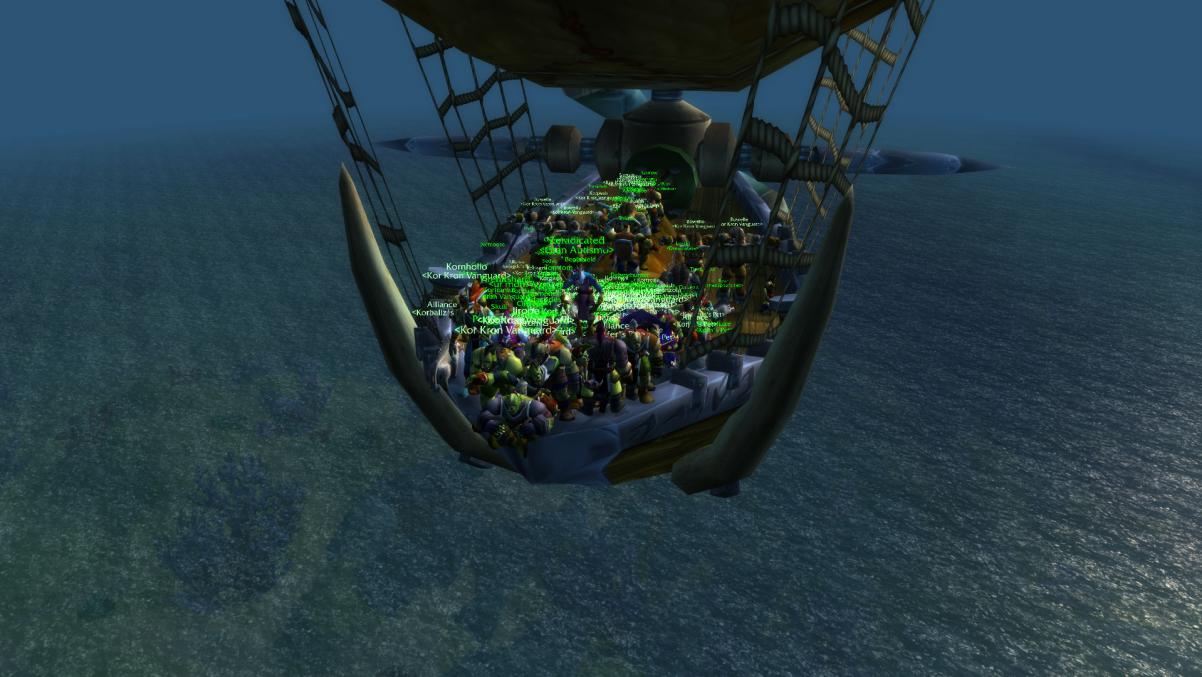 We walked through STV and Duskwood and eventually ended up in Westfall. 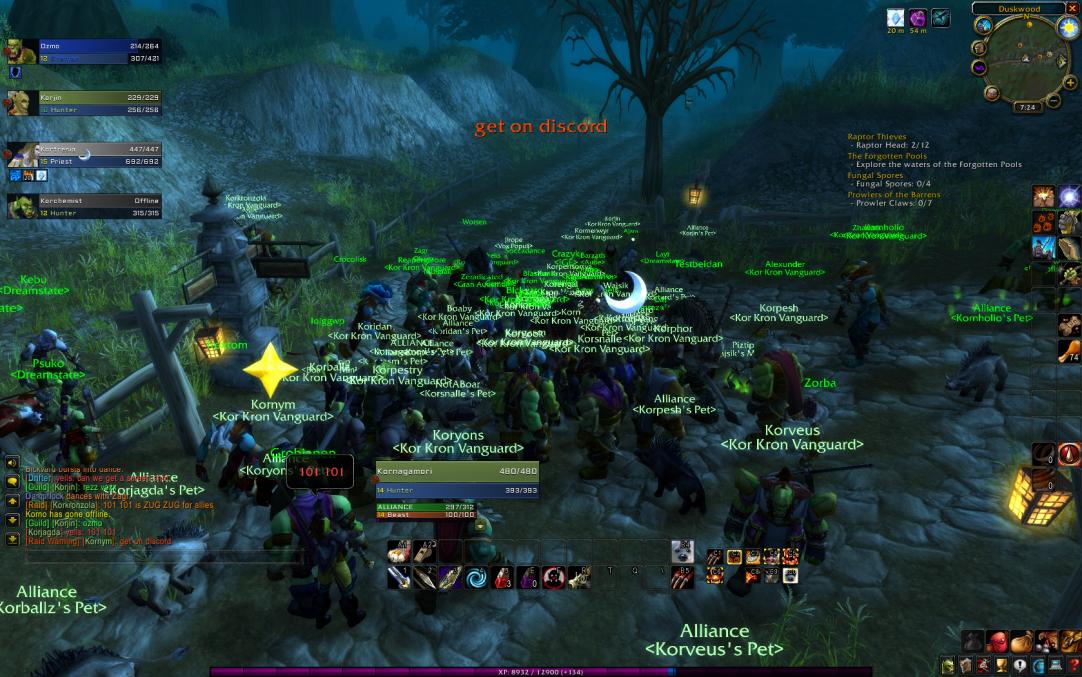 There was nothing much to do there so we eventually killed Hogger and started messing around Goldshire. 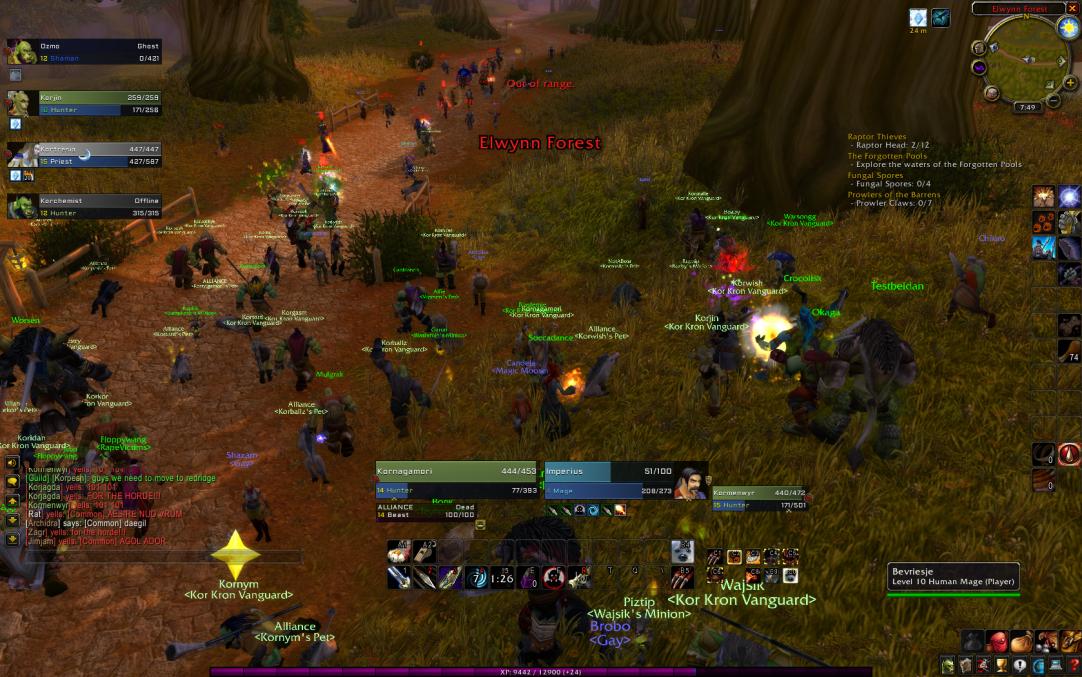 We ended up pissing the whole faction and quickly became overrun with 2-3 raids of Alliance. We fought valiantly on the mountains for every inch of land. 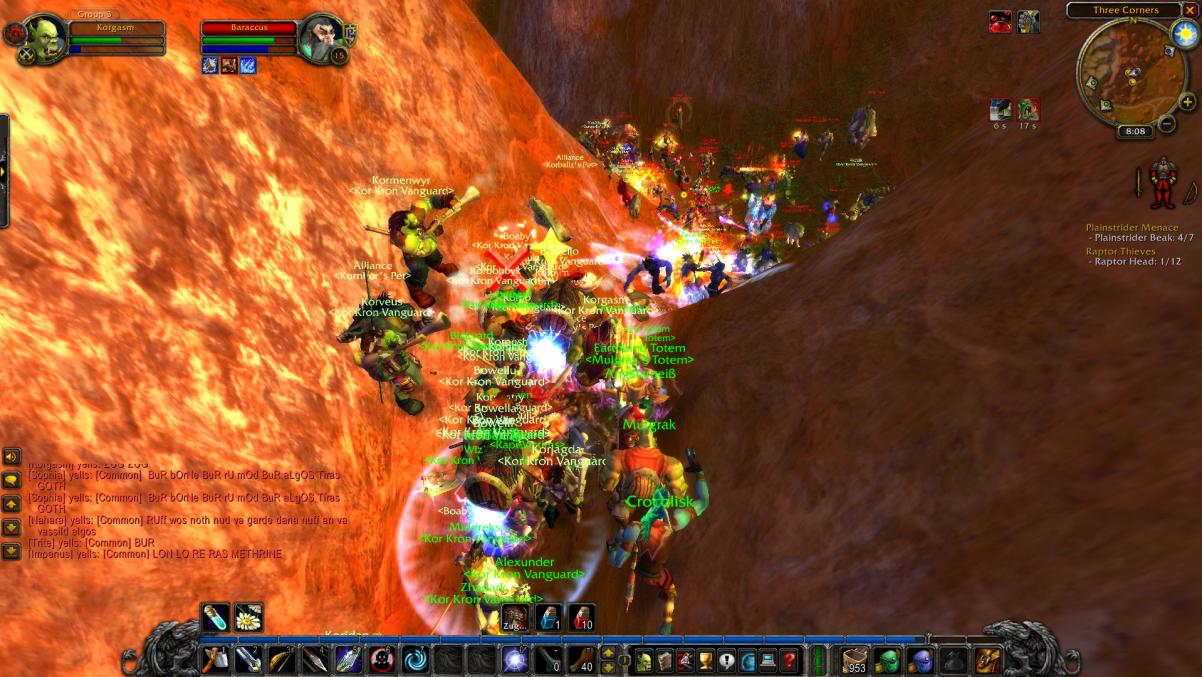 They organized a counter-raid on the Crossroads so we pulled out of Redridge. 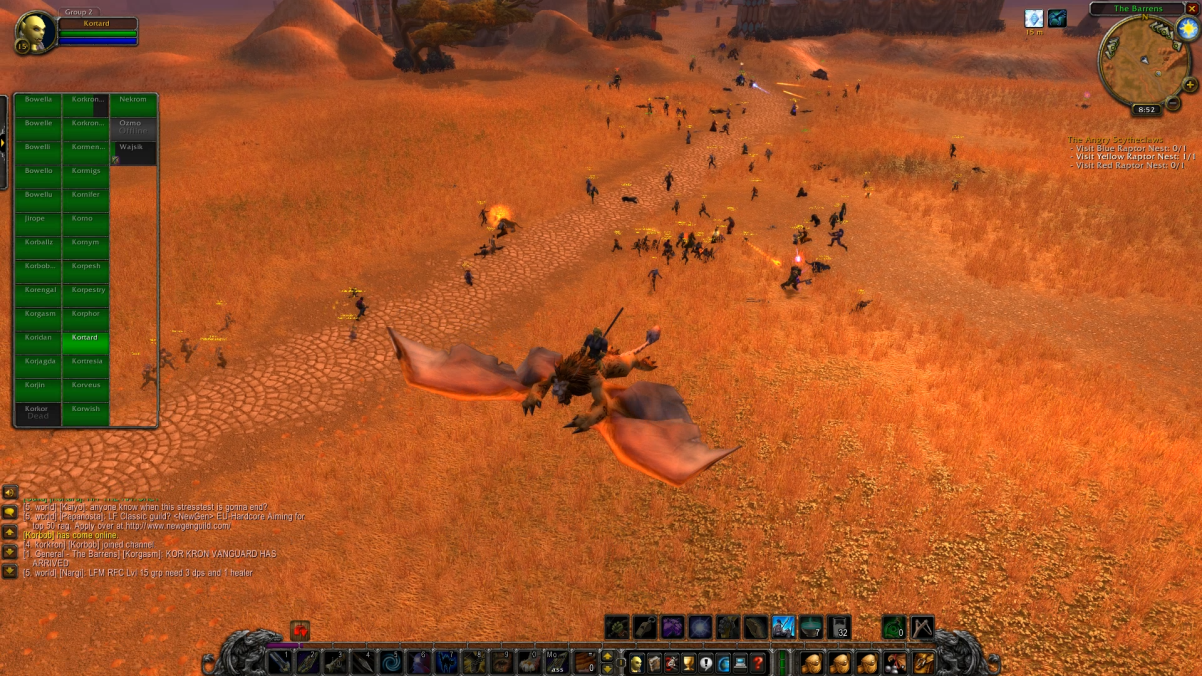 In true Kor Kron fashion, we split our raid between Crossroads and Ratchet and caught the Alliance right in the middle. 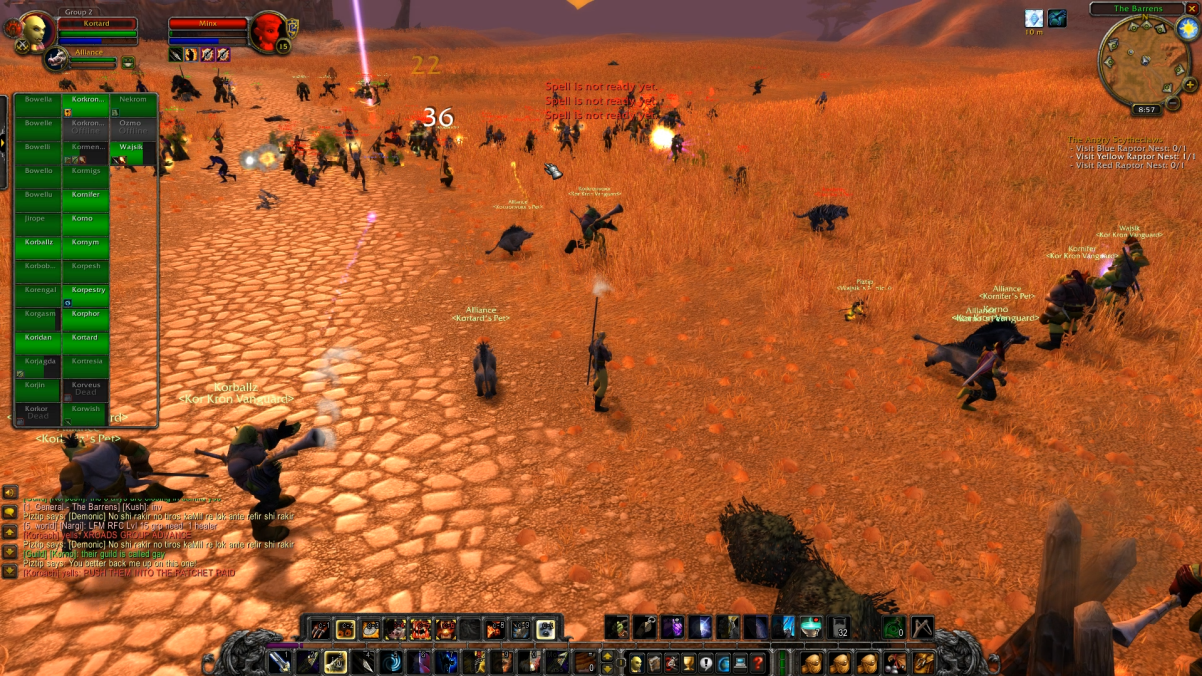 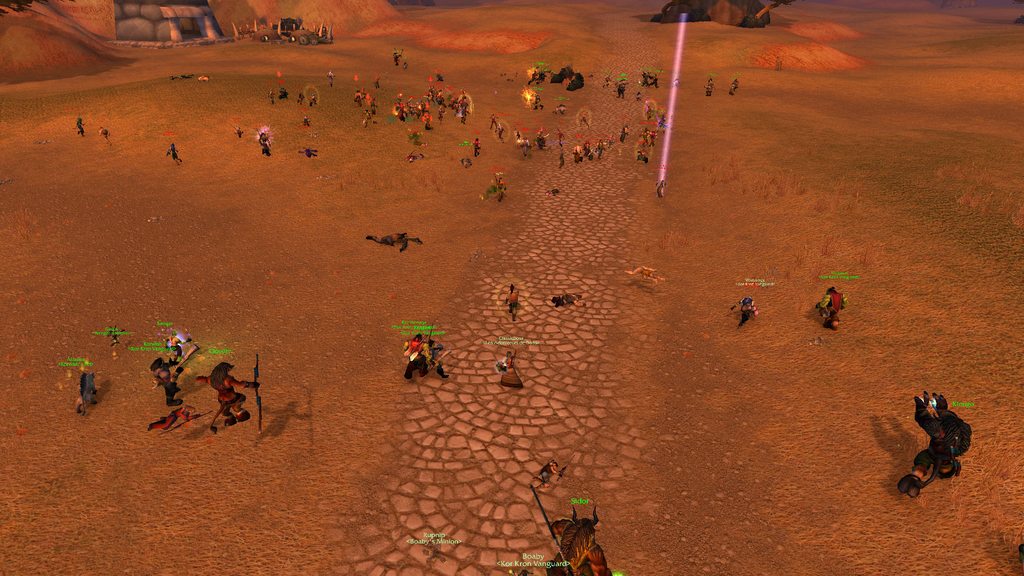 We chased them out of the Barrens and made them walk the plank... 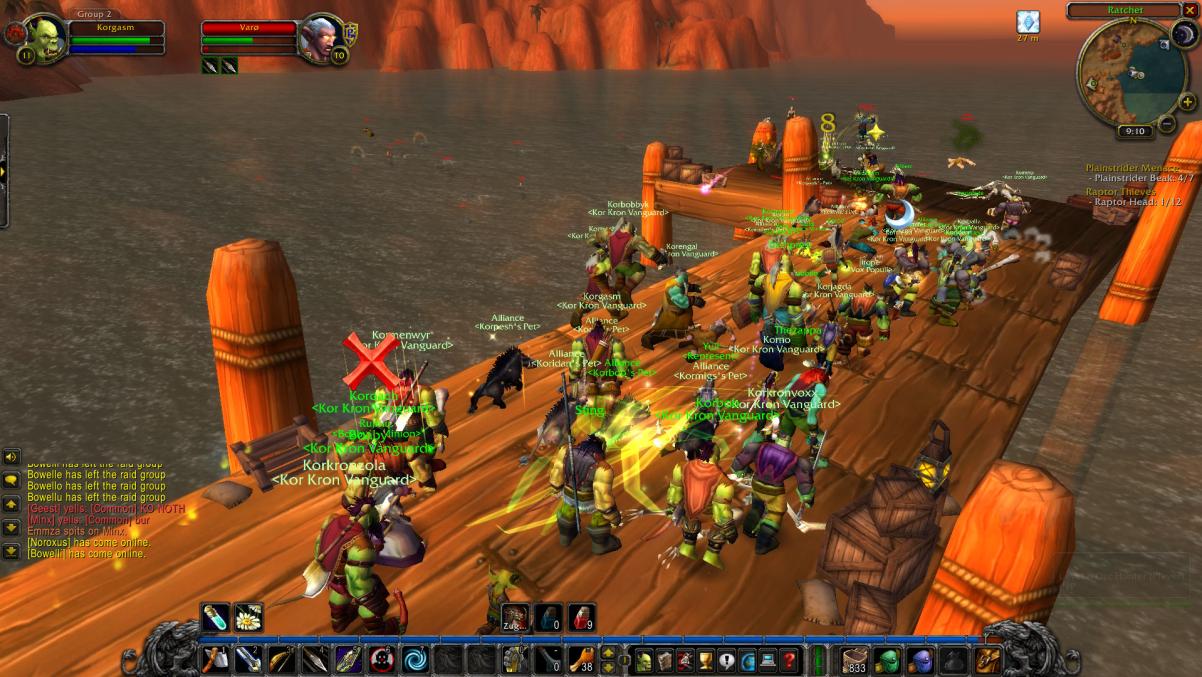 ...and then we made sure they stayed out. 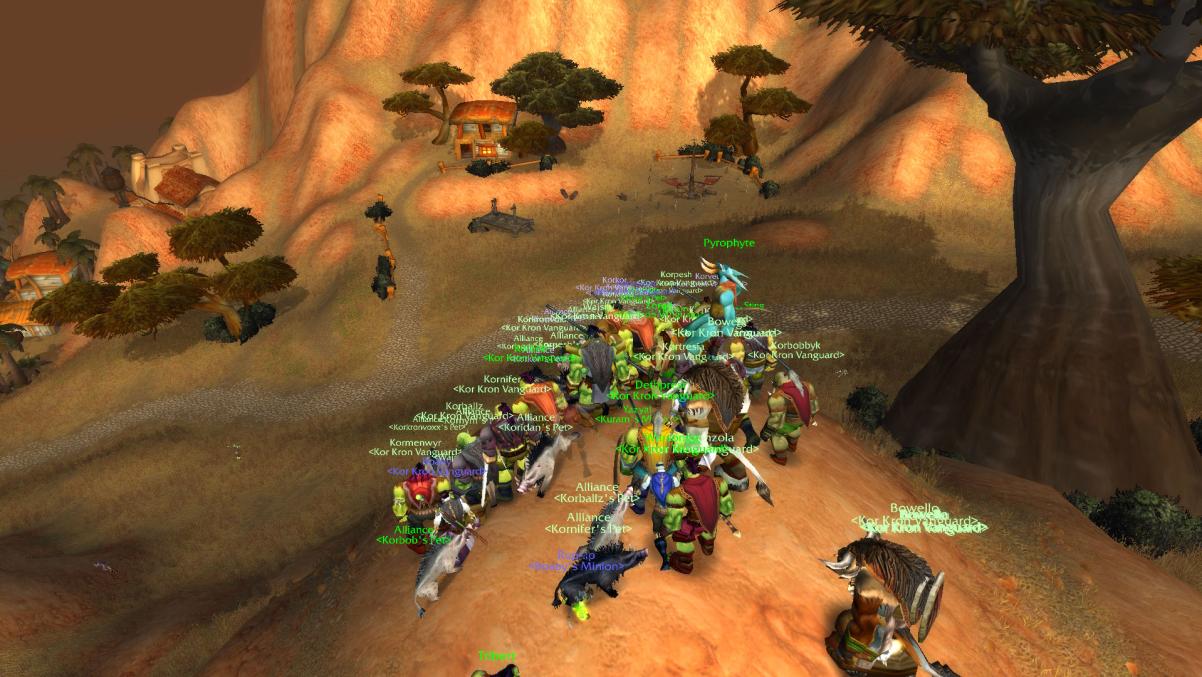 A few of them made it to Orgrimmar. We killed them and rallied with renewed vigor and ferocity. 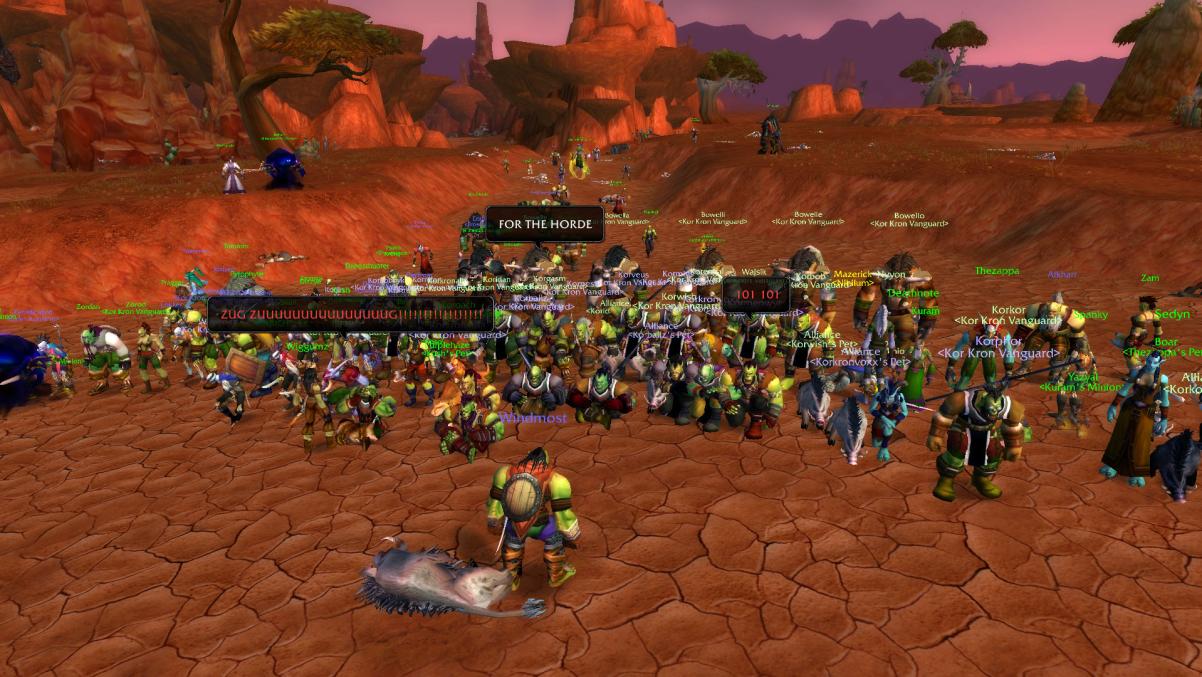 We went through Westfall again. 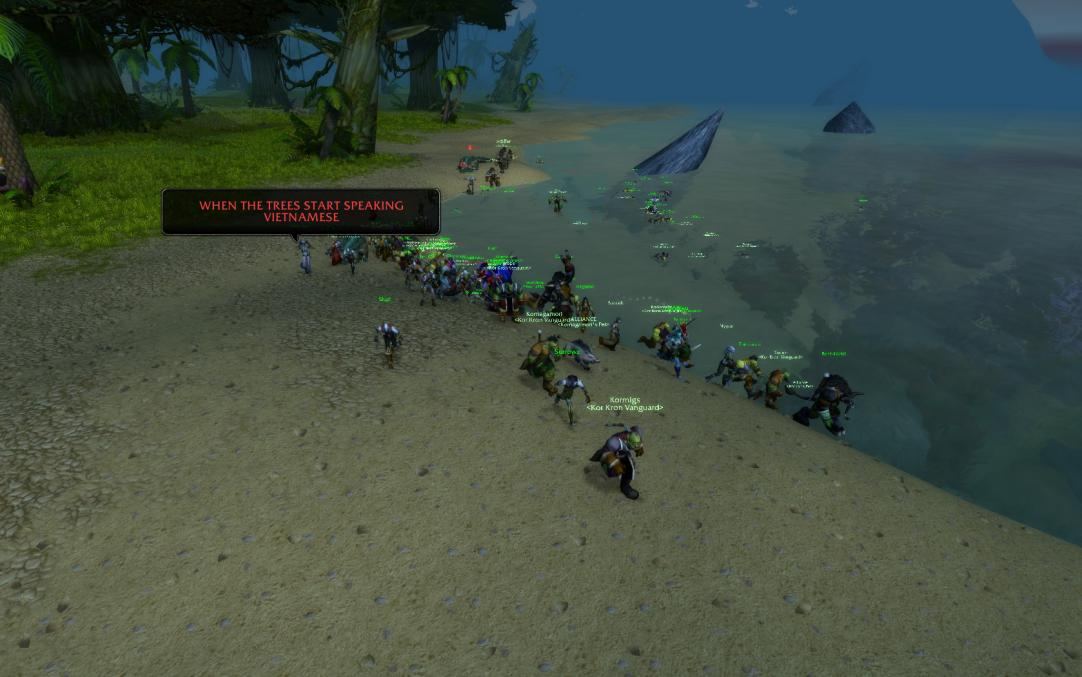 And this time, we swam. 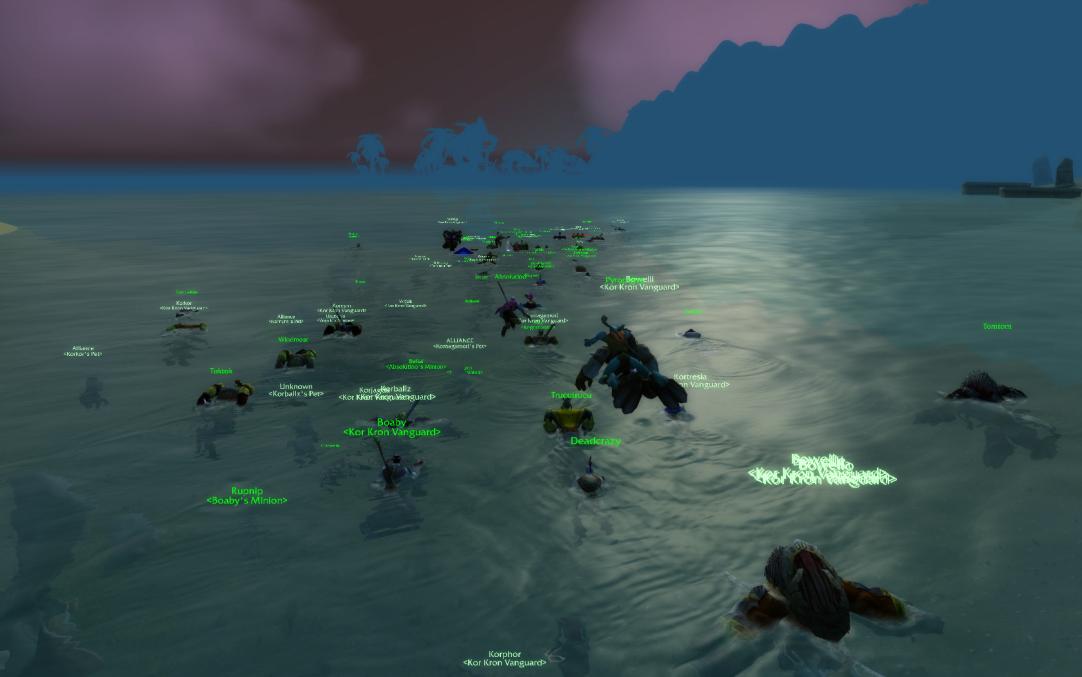 We waited for them behind trees to come out of Goldshire and killed them over and over again. 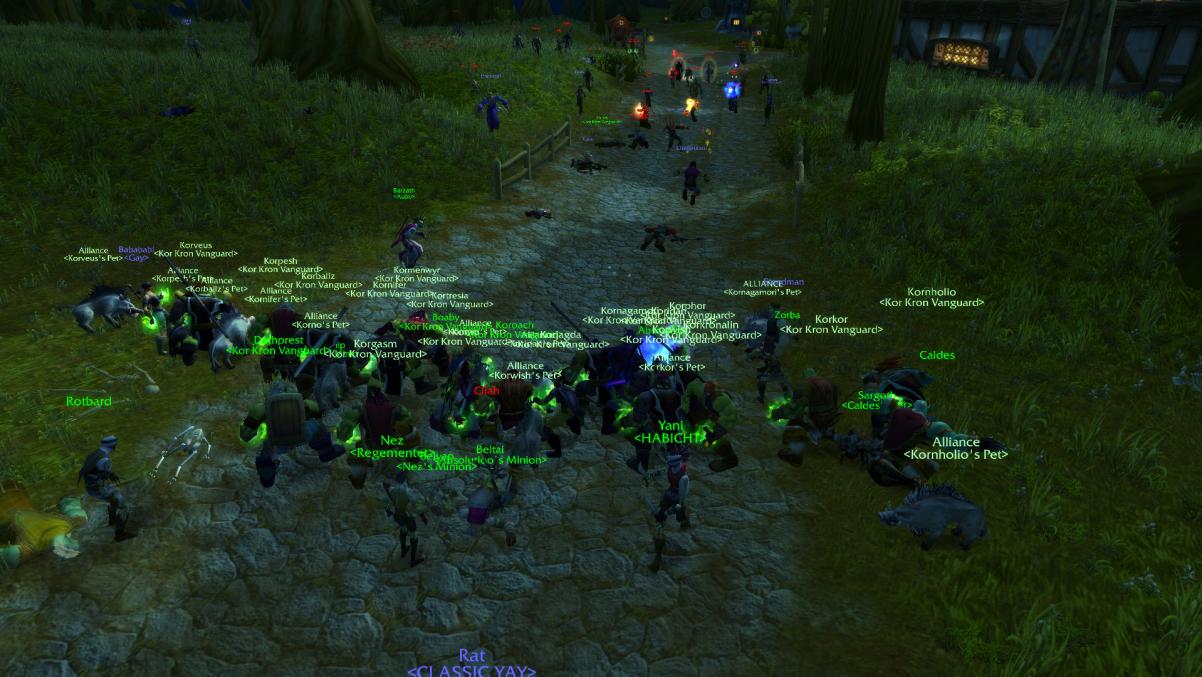 We slowly walked towards them, saluted and hearthstoned out. 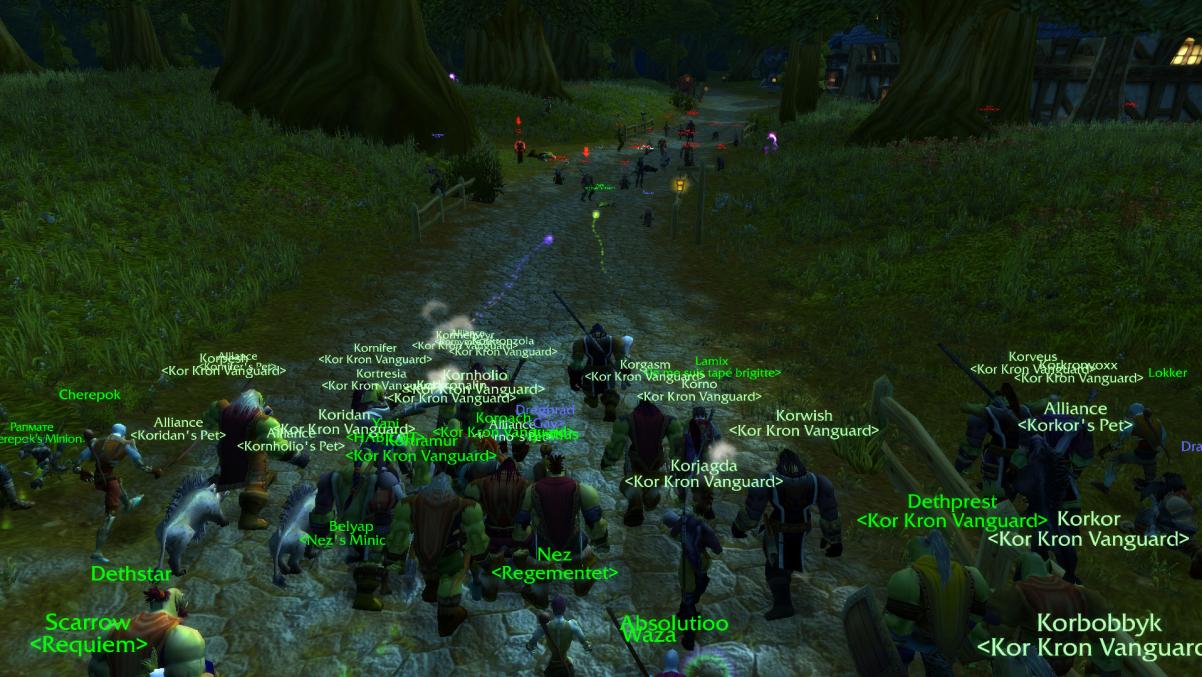 I can't wait for people to start posting up raid summaries and PvP battles up here.

We're so close to being home.

This sounded like a lot of fun! Thanks for sharing.

And they say Blizzard games don't have bugs. - Anub'arak

Did you gank @Uncle Ganus McAnus?

rijndael wrote: ↑
1 year ago
Did you gank @Uncle Ganus McAnus? Awesome summary and pics, thanks Nymis.

If you guys are looking for world PvP focus on horde side, Kor'Kron are your boys.

Damn i wish i was gonna be on an EU server just for this kind of thing, had a look at the kokron website and it looks like so much fun. so awesome seeing all so much world raiding action happening already and we arent even on release yet :DD

Hey guys, I threw together a little video from the other night:

It was a lot of fun, great job all the Kor Kron dudes for putting on the event and thanks for having me along!

Wait a sec! That was you guys?!

I was in Goldshire when you all came rolling and we chased you back to Duskwood (or wherever so many were dead), haha! Epic moment. I wonder if I can see myself in any of the screenshots...