A collection of the best screenshots from the stress tests

A collection of the best screenshots from the stress tests

Thanks to the following redditors for these great screenshots which were taken during the recent server stress tests. I've collected what I thought were the coolest and thought it'd be cool to put them all in one place so others can share in the excitement. You think you do, but you do!


'Hogger trying to claim the keep' by u/ZippZappWapp: 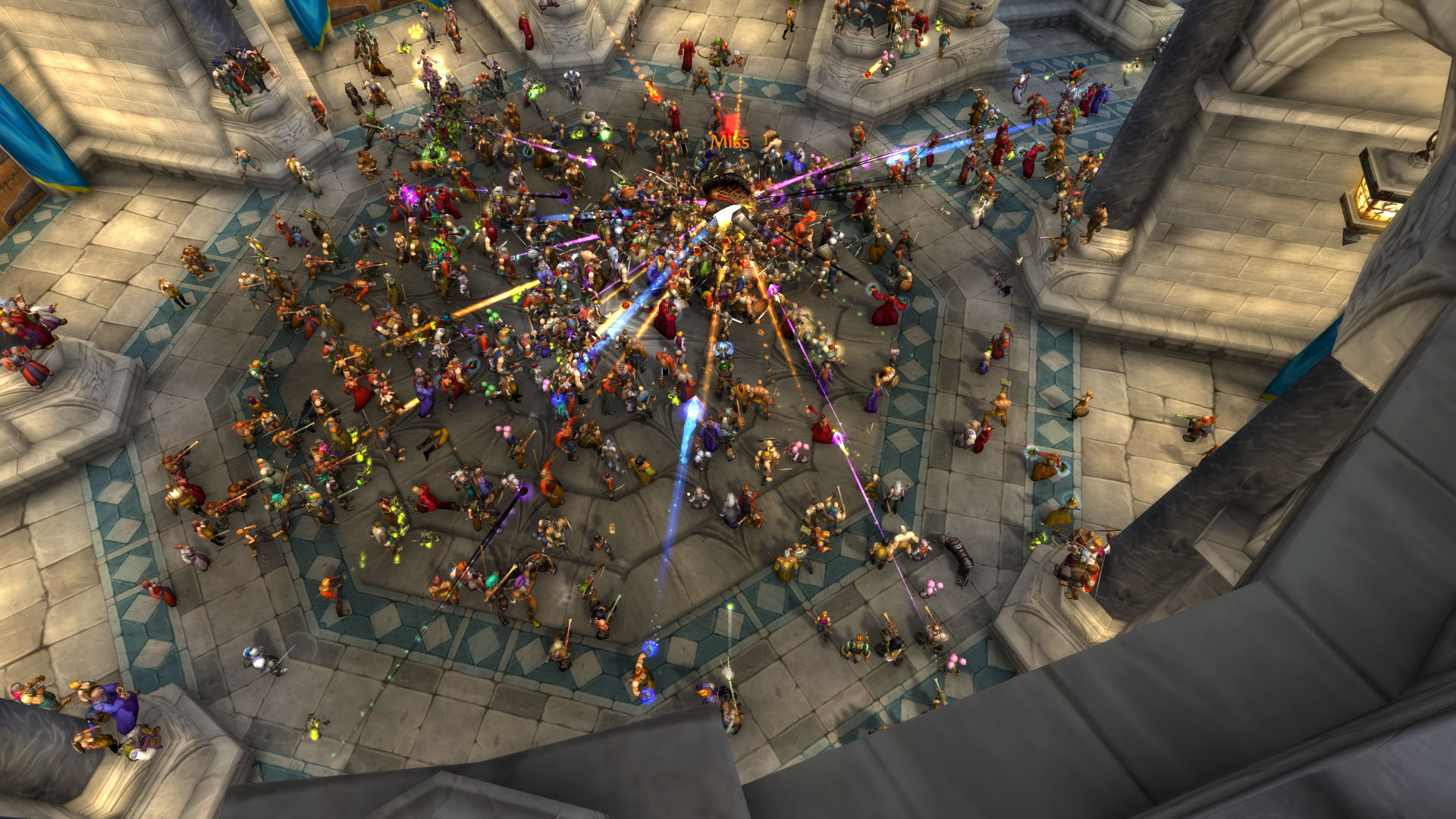 'Waitin' for the boat' by u/xelfer: 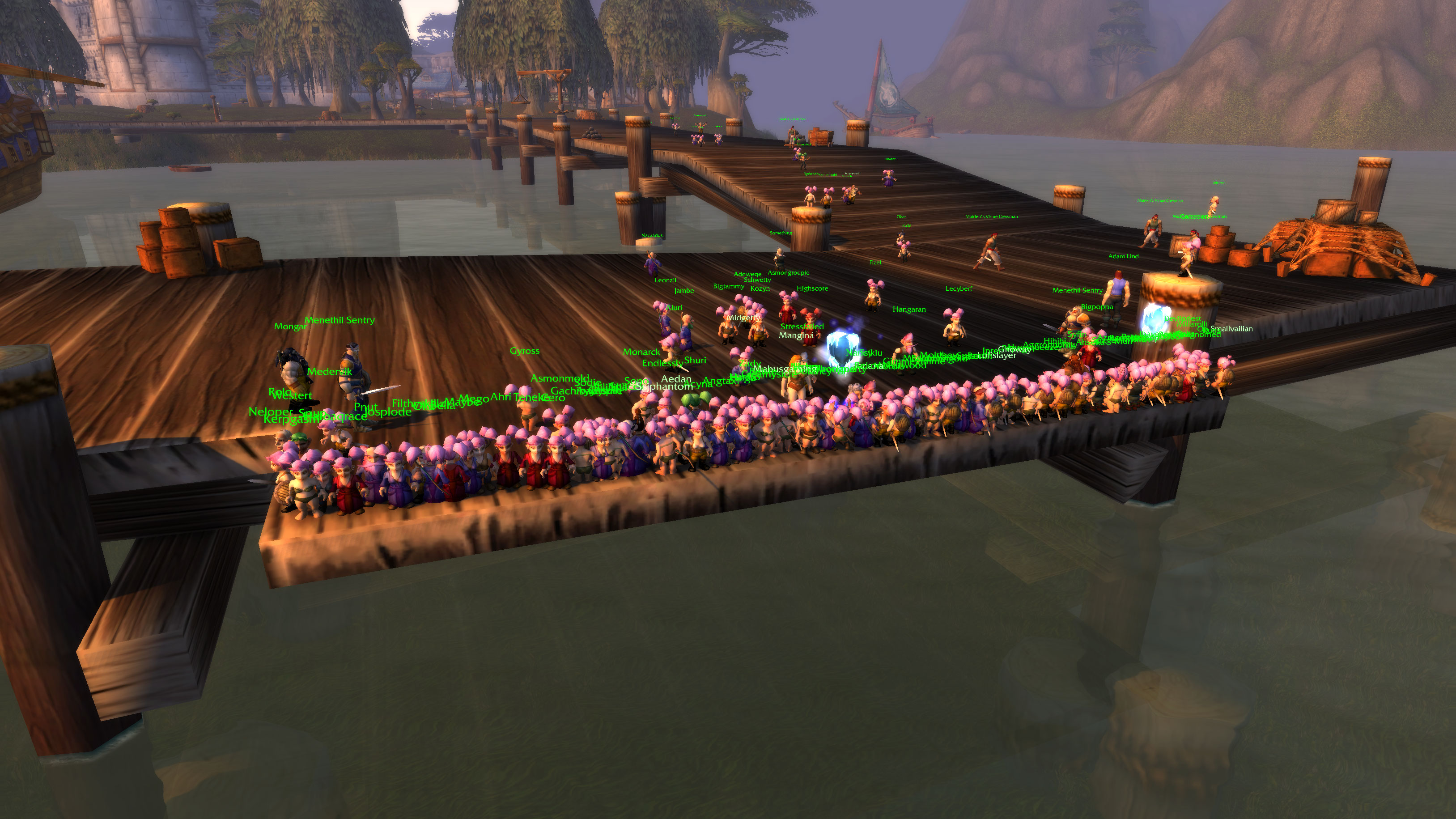 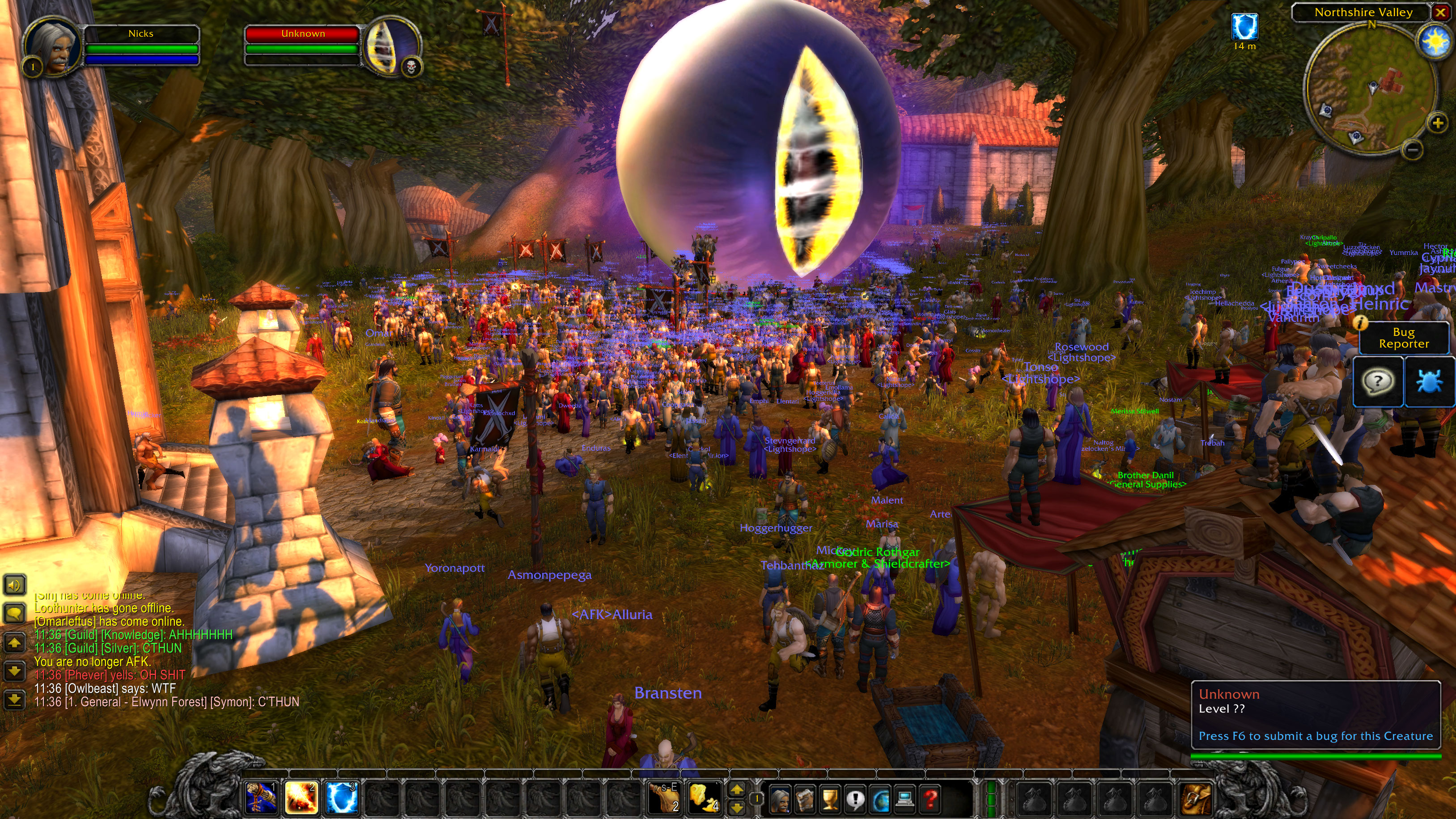 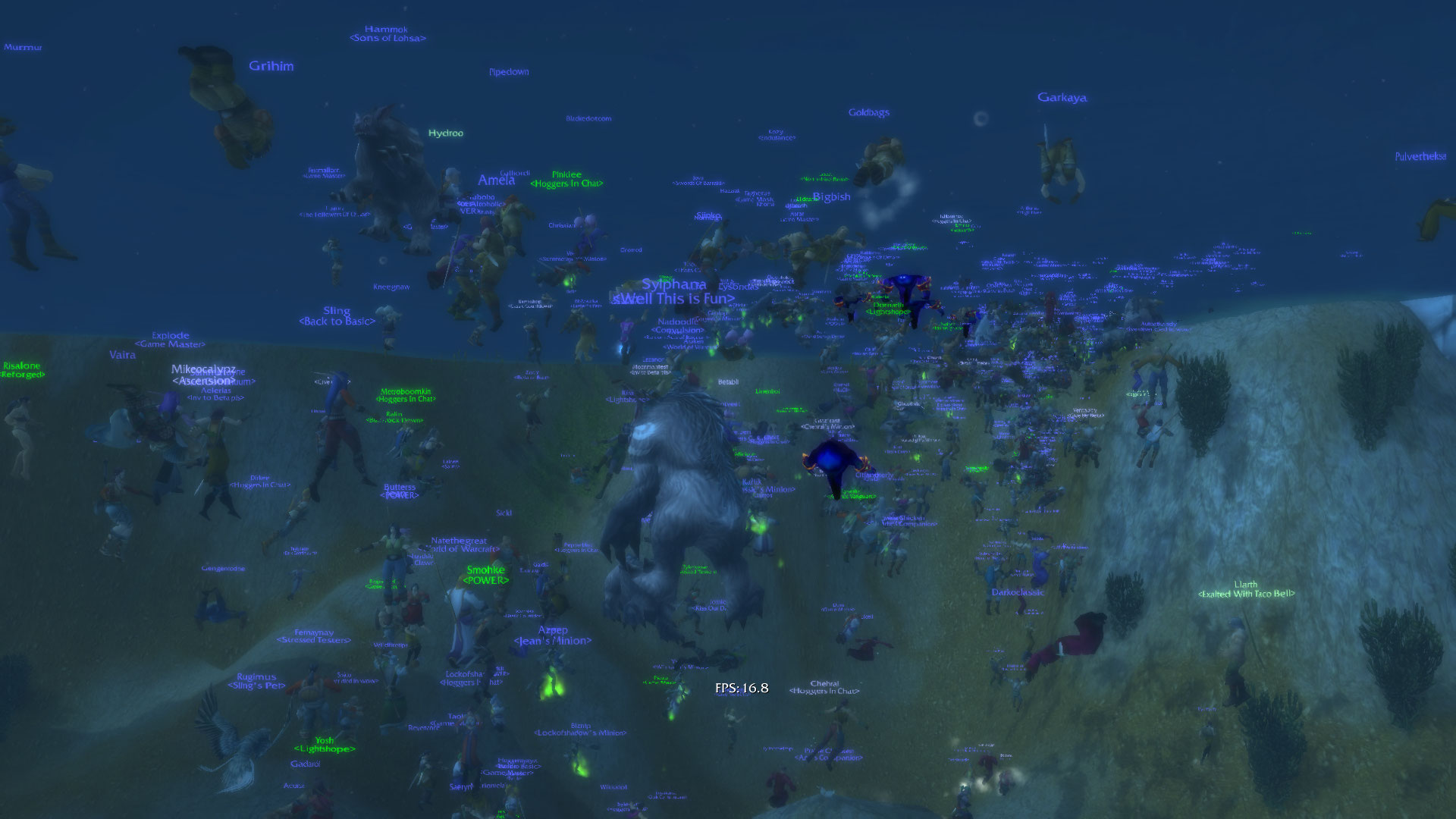 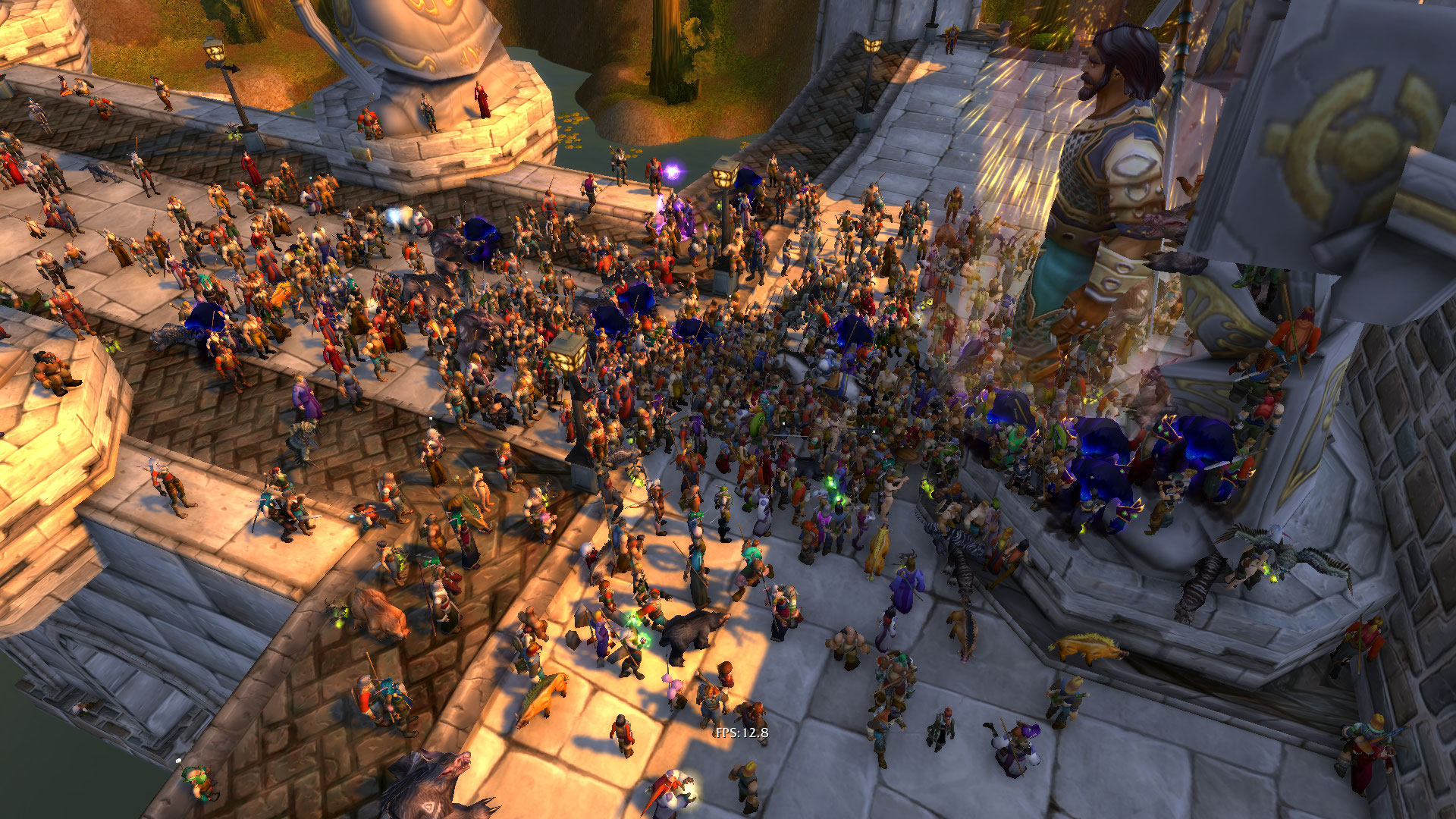 Kiting Hogger from the keep: 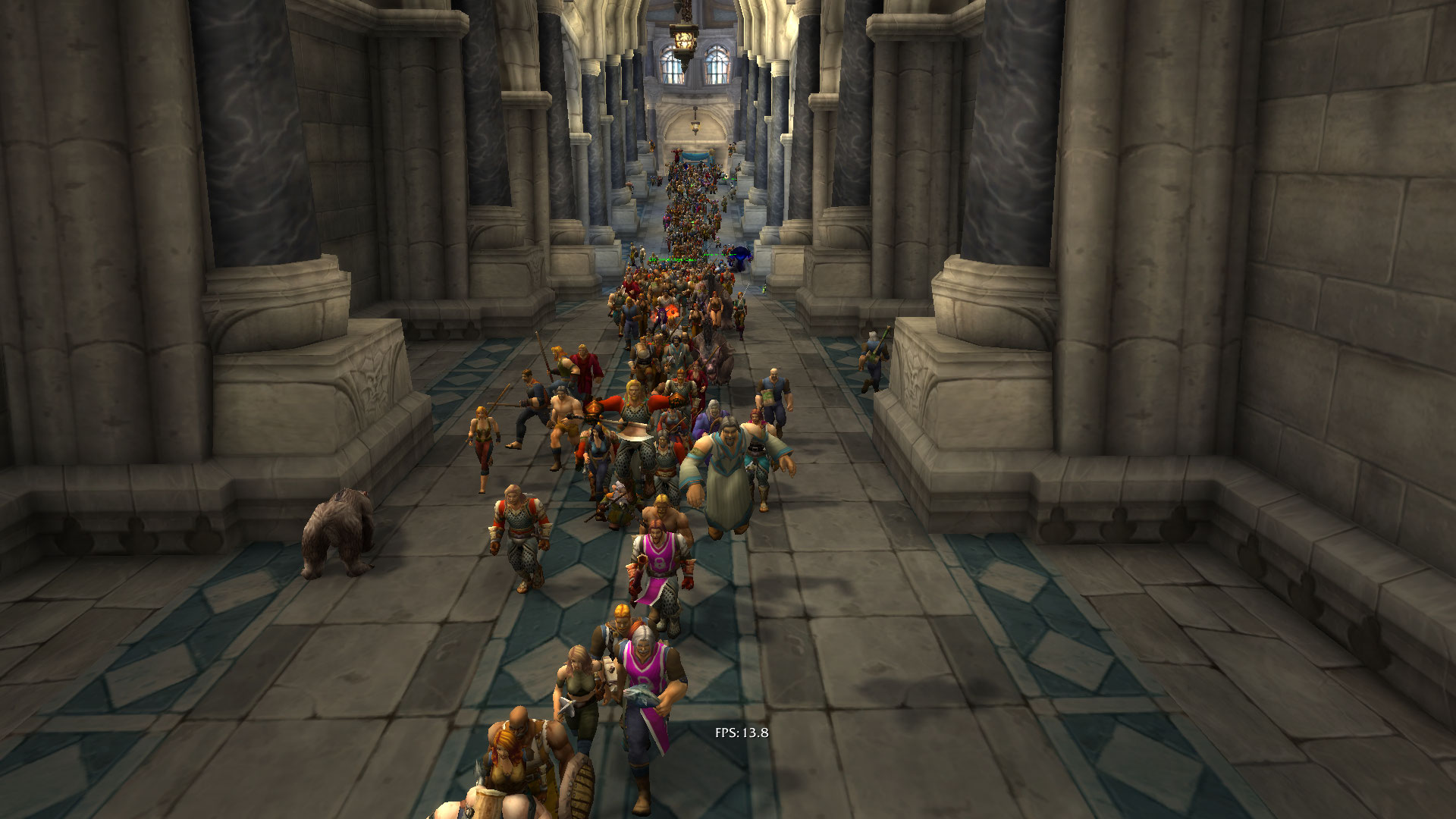 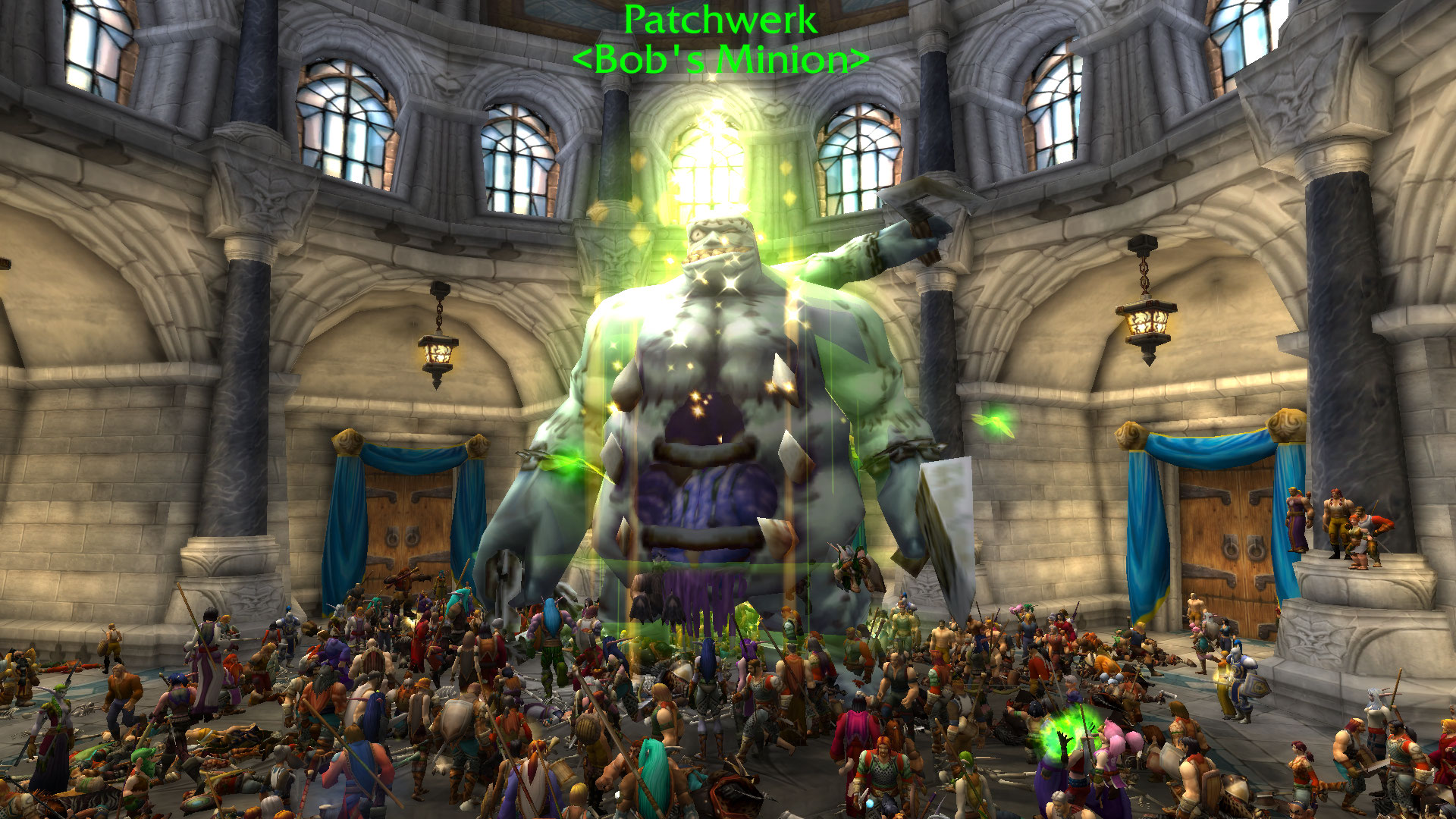 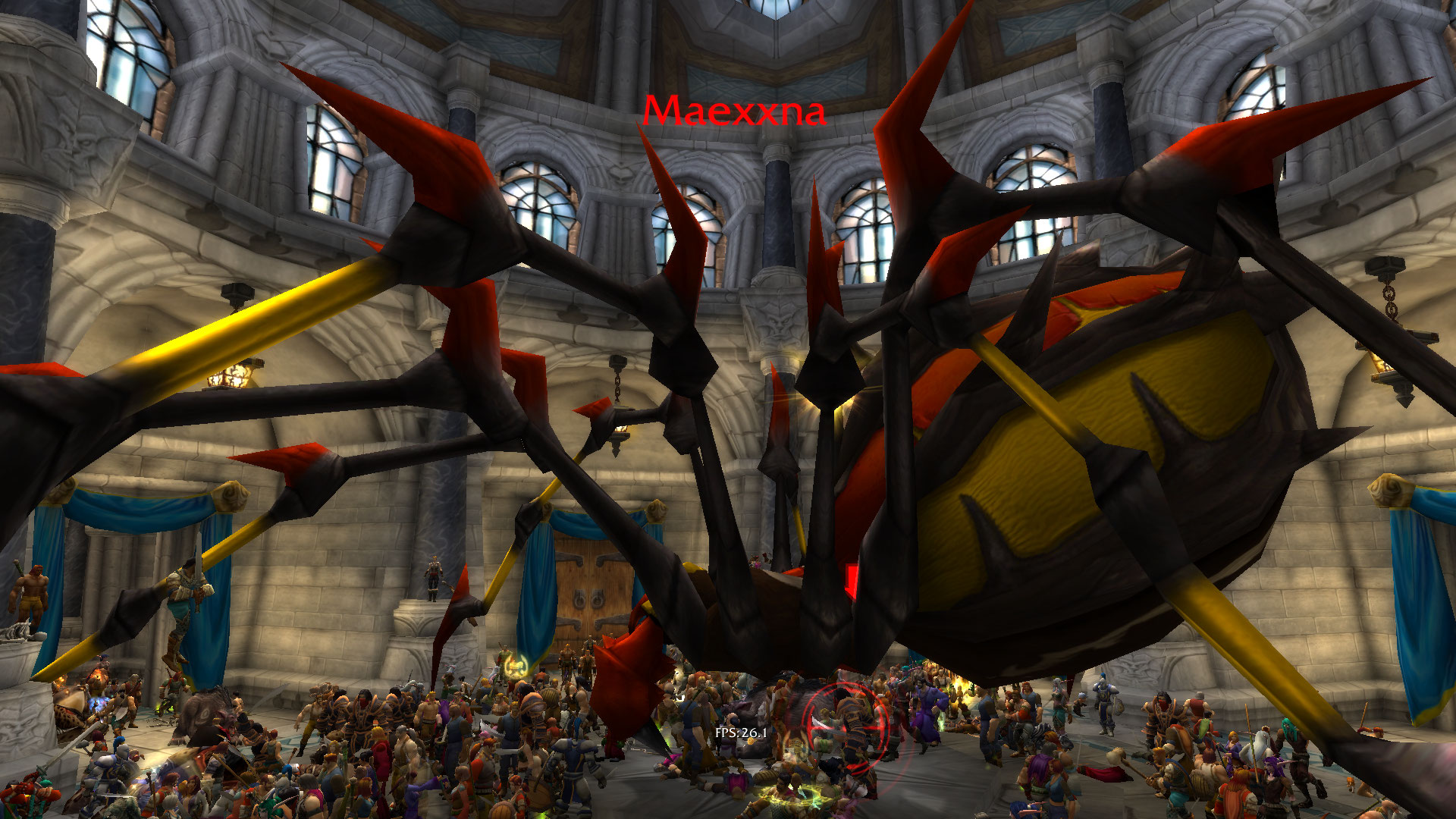 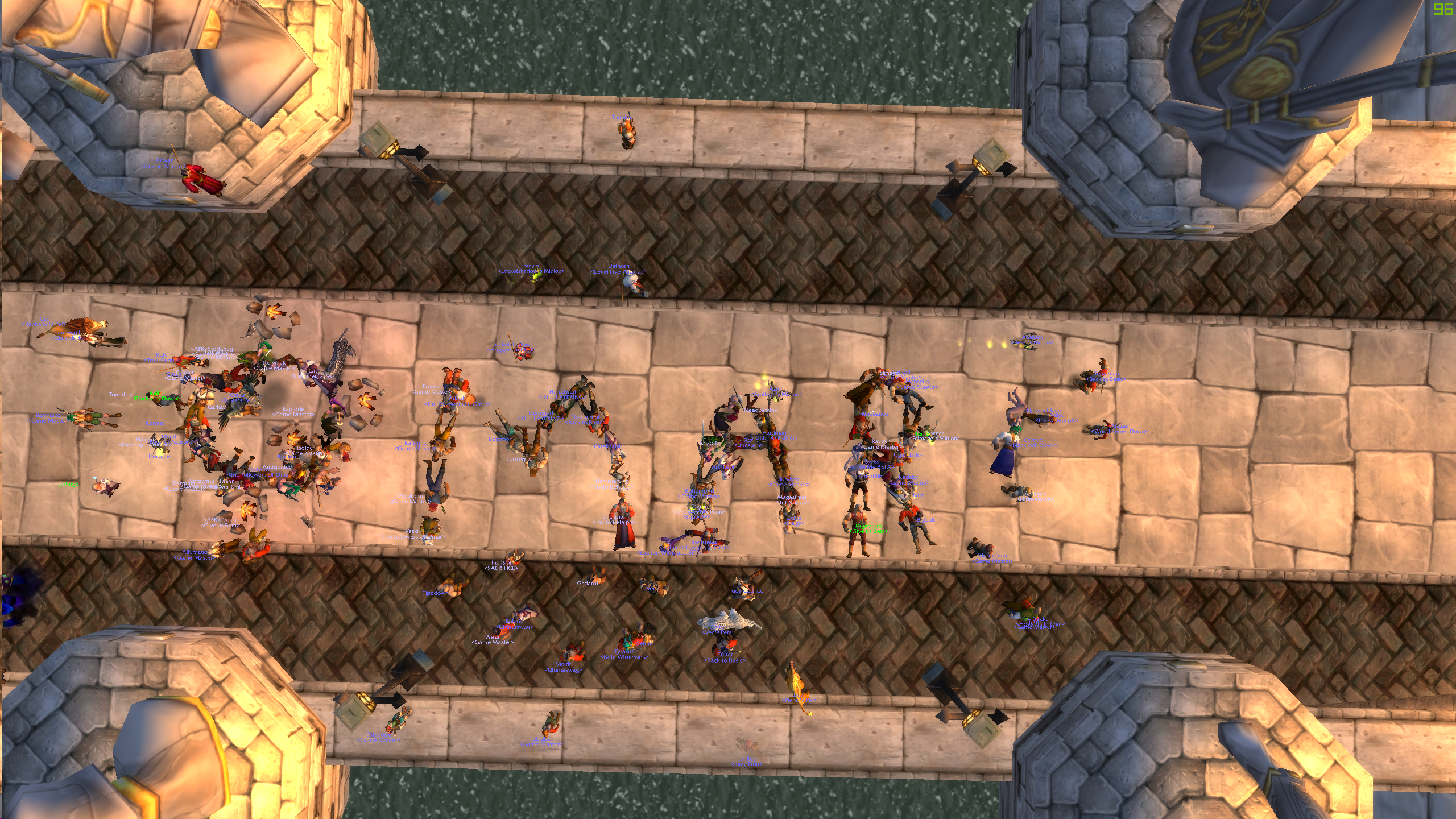 'Horde attempt to form a Pentagram to summon a GM' by u/A11ectis: 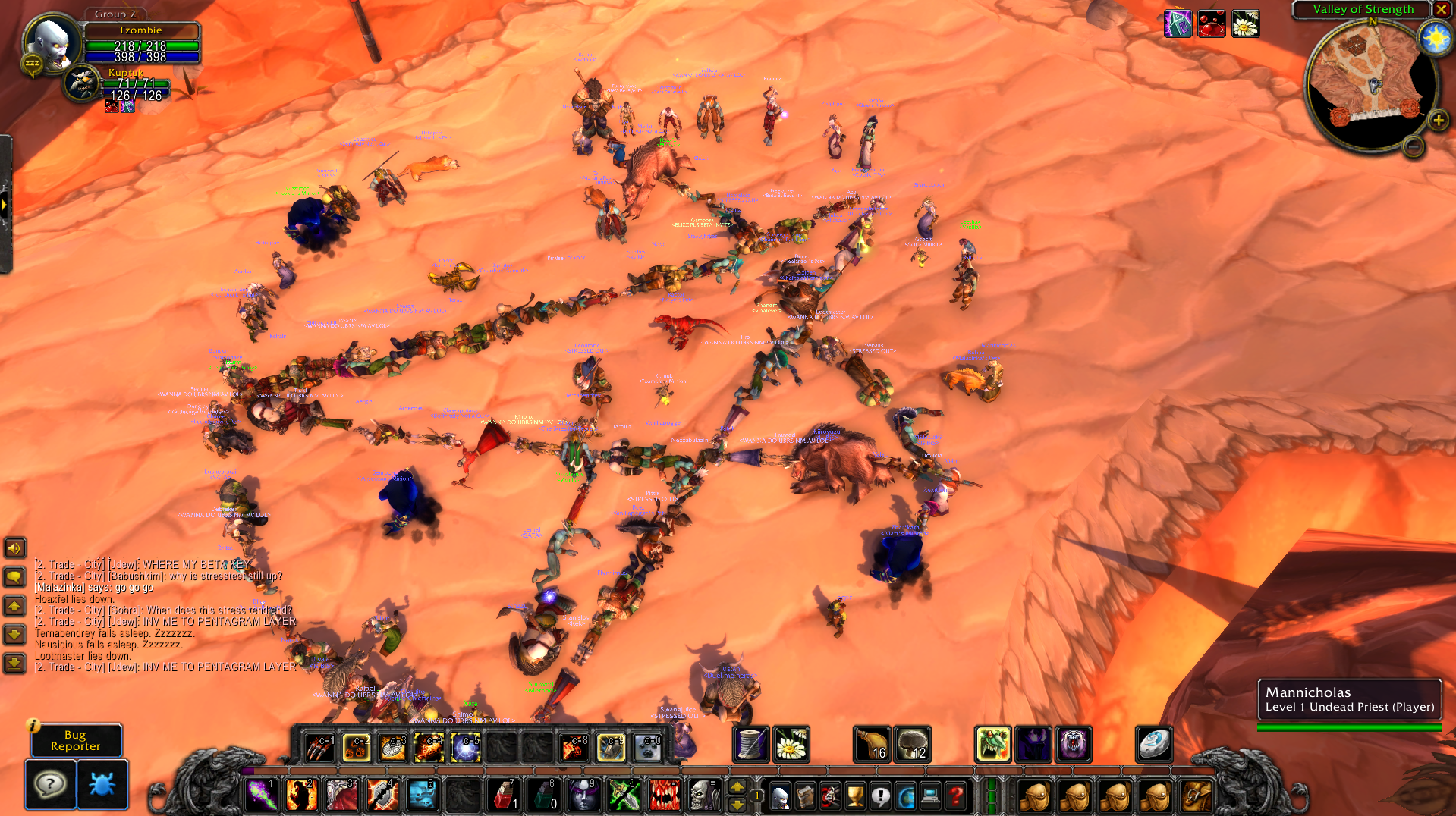 'A sea of stress testers at Stormwind gates last night' by u/Raitaro: 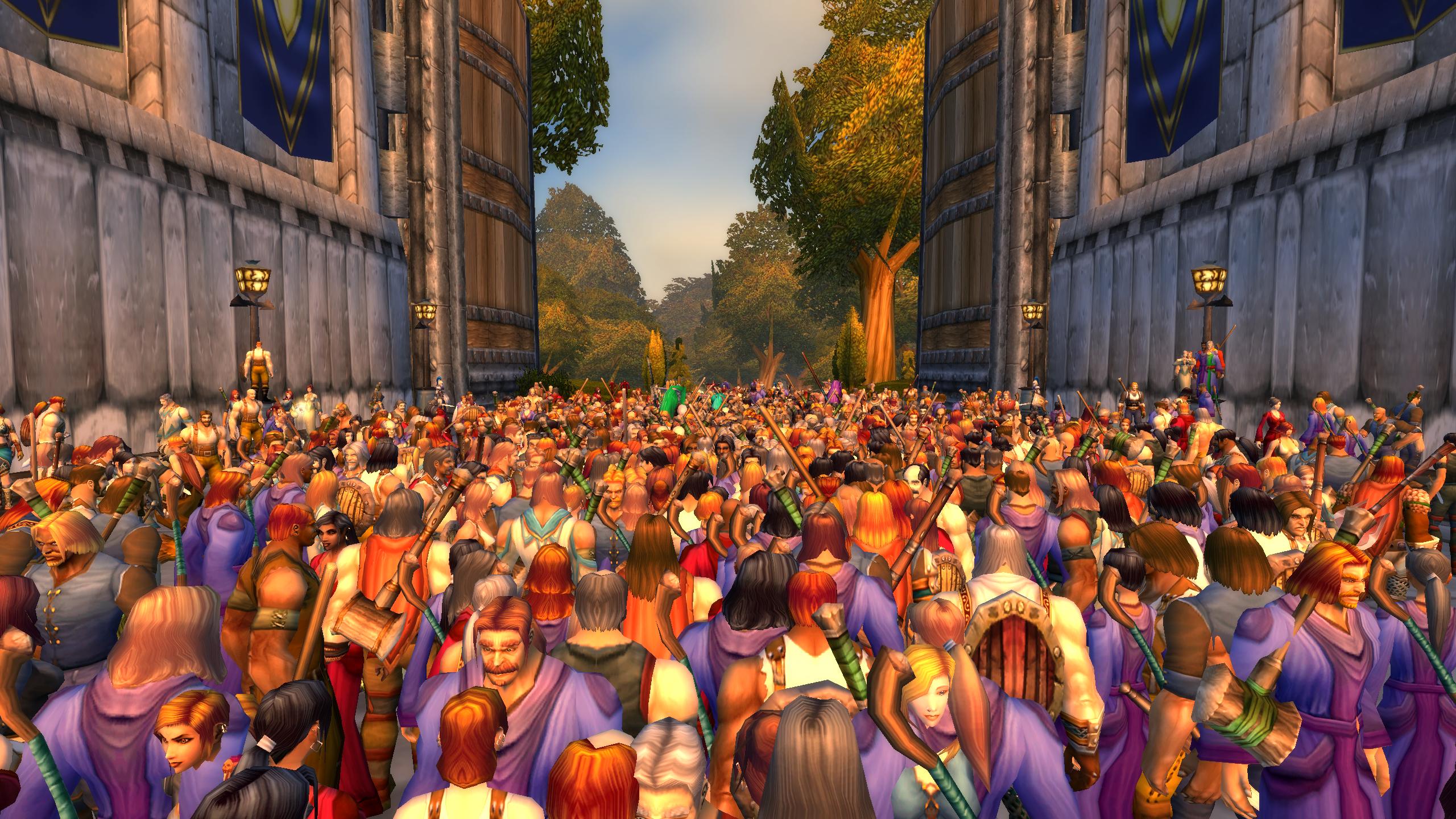 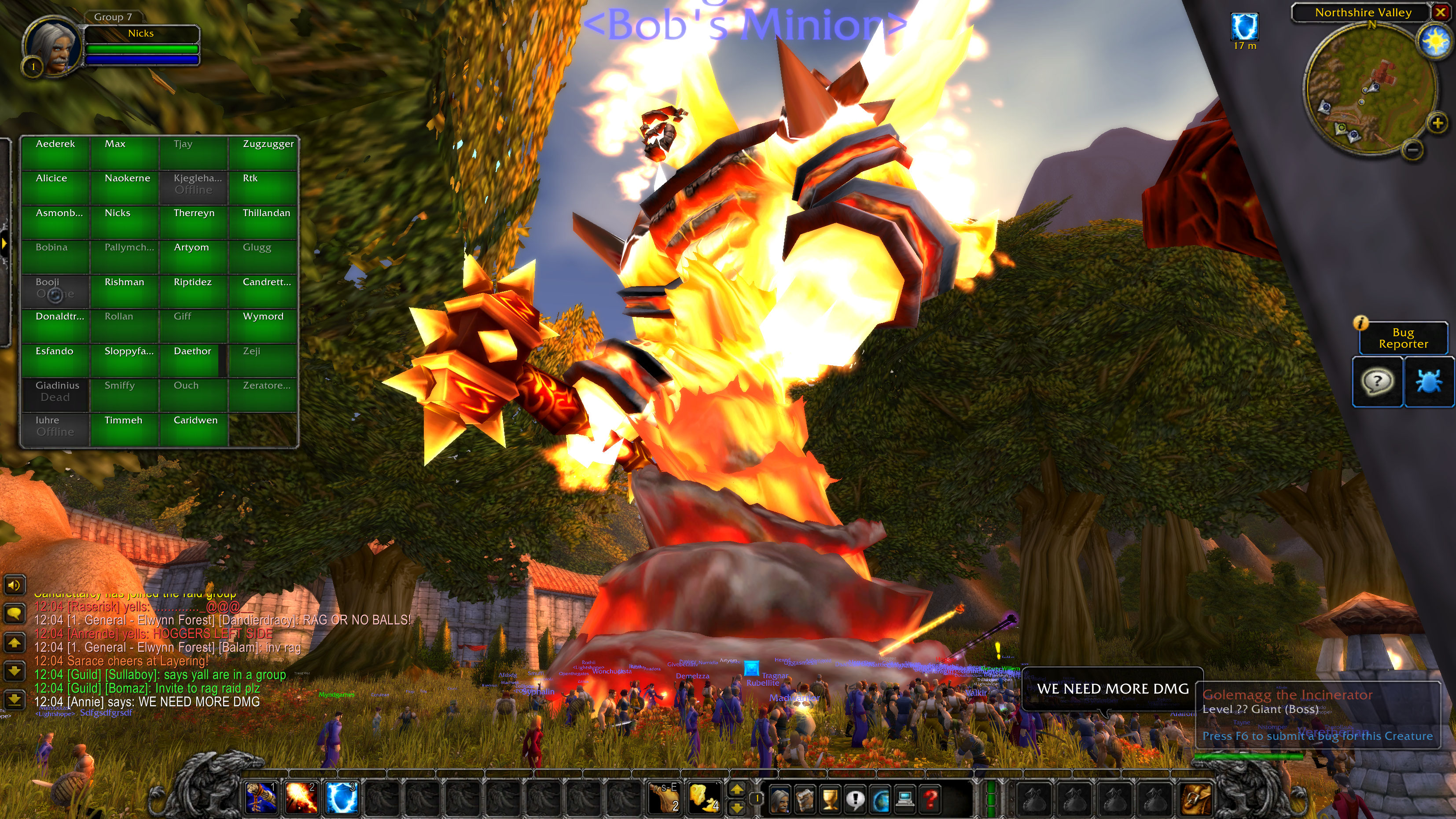 'We went back into our crypts to die as the server shut off. Like true Forsaken.' by u/Haussermonster:

'Everyone wants Thrall's autograph' by u/Aperzus: 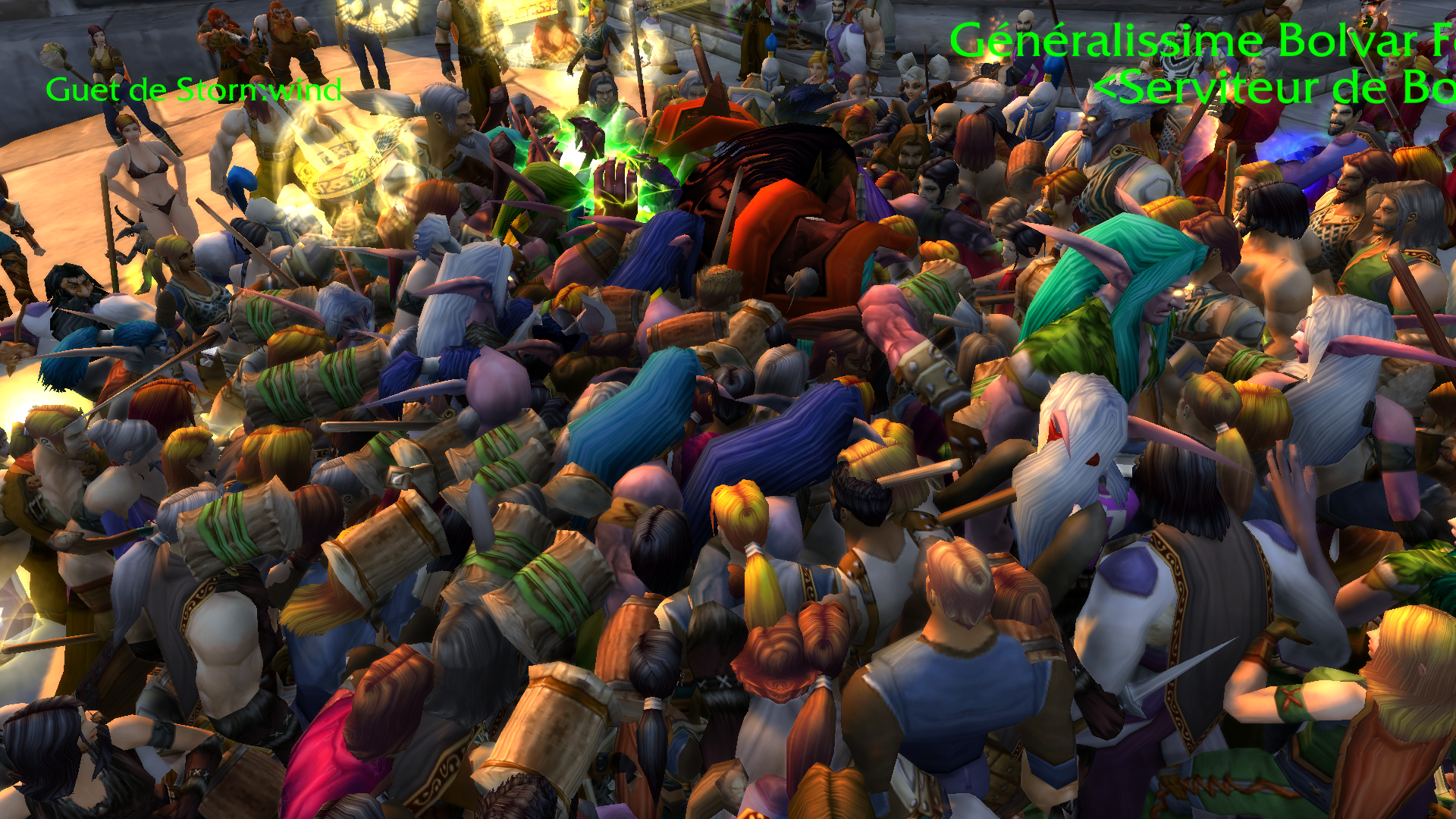 'Gurubashi Arena before shutdown' by u/Jevo762: (this is my personal favourite!) 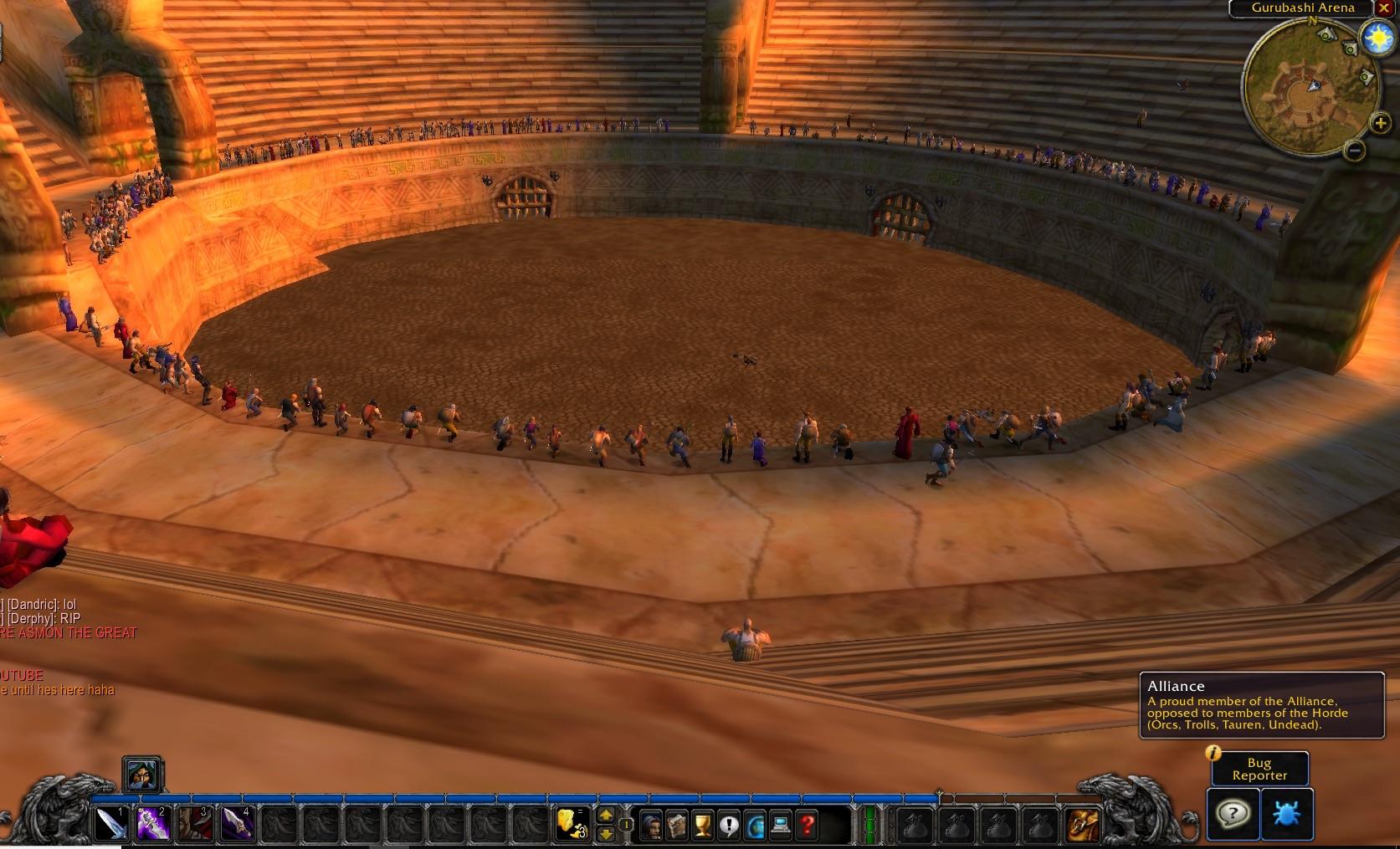 You guys get any good pics? Post them here!

You think you do, but you do.

I'd love to see more if anyone has any!

I'm so sad I missed this. Got an invitation, but had an emergency work trip that took me away from May 22nd to June 6th. What are you going to do, right?

At least there's always the next one!

Good to see the servers held up! Getting closer fellas!!!

That must have taken some serious data even on an individual client to track all those players. Were they throttling incoming movement data or how was that being handled? Amazing. Launch is going to be a shitshow in the best possible way.

these are feeling pretty legendary :D

Awesome screenshots! I can't wait to be one of those people.

domtora wrote: ↑
1 year ago
teeb, do you have any screenshots from your POV from the beta?

No not really - just what I posted in the warrior thread and the beta testing thread.
Admin • Bug reports • Avatar requests

Our time will come.

Here is a print screen i took at the end of the second stress test, Fighting Bolvar in Ogrimmar that is in a gnoll suit.

Epic screenshots. Thank you for sharing.

These are so great! Thanks for uploading!

Hey Everyone! The latest stress test just finished today, and I figured I would post my thoughts and experiences.

Day 1:
My journey started with creating a female undead rogue. Logging in for the first time was such a rush. There were so many people logging in at once, and everyone was just rushing out of the crypts in Deathknell to get ahead of the pack. I decided to stop and fix my keybindings/interface, and that turned out to be a big mistake on my part! I climbed the staircase of the crypt and was immediately met with an invitation to a group to kill zombies.

It took our group 30 minutes to complete the first quest.

At that point, I decided getting out of the starter zone would probably be the best bet. I was lucky enough to meet some other people who had the same idea, and we grinded our way to Brill. It was just three of us, and if we were unlucky one of us would get killed by a level 9 bat, but it was so much fun. We stayed together for the next hour or two, eventually meeting up with a couple other nice folks and grinded the murlocs along the northern coast.

Day 2:
The second day, I got home from work and decided to log back in. I spent most of this night by myself, questing or exploring. I also finally remembered to take some screenshots. I did some trading in Brill, overspending on a crappy white leather chestpiece that I would quickly replace on an ensueing quest. Nonetheless, I had a lot of fun just interacting with people.

I decided to do some exploring and made my way towards Silverpine Forest. My final destination? Well none other than the great Tarren Mill! I quickly wised up to the run through Silverpine Forest though (those wargs pack a punch), and instead made the slow swim across the lake to the Alterac Mountains. One death later and I was at my destination. 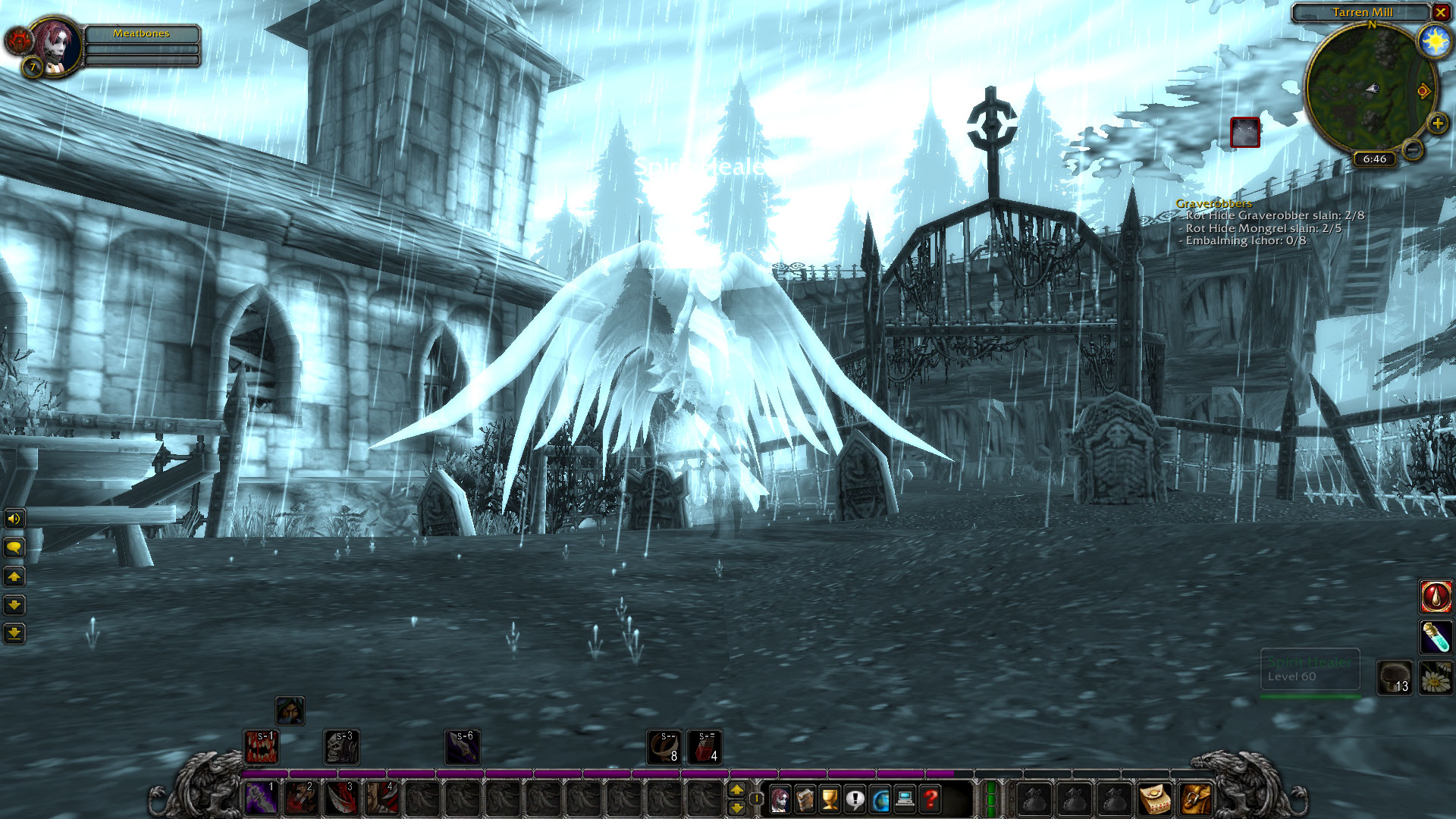 I completely forgot just how hard it is to get around higher level zones. I couldn't stealth past a single mob in that damned place. But, I corpse ran my way up to Ravenholdt Manor. It felt fitting to go up there as a rogue, although it was mostly human NPCs there. (Does anyone know any lore behind that place?) 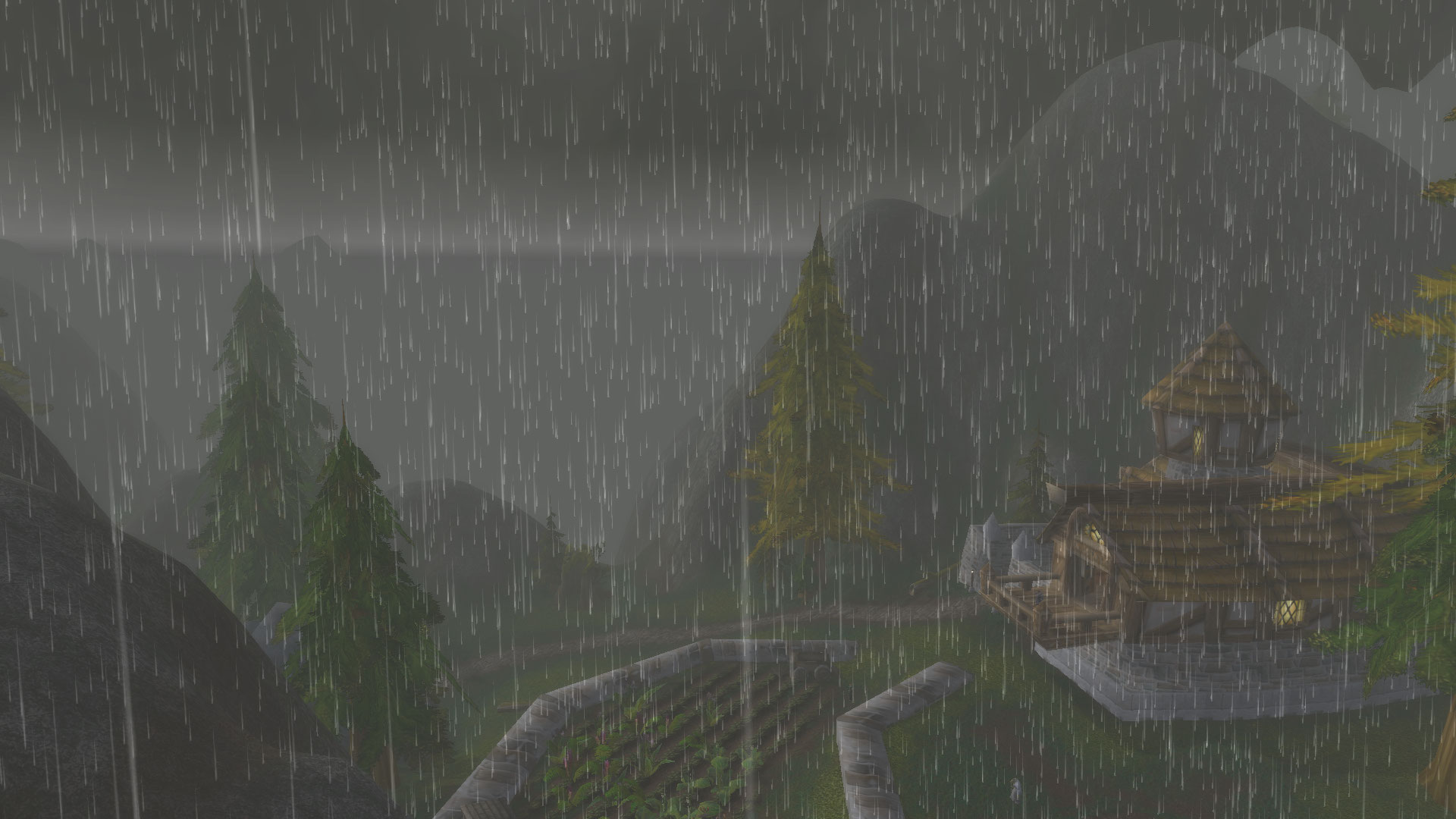 I decided I had enough of dying and ended my second day with a nice flight over to Orgrimmar. I made 3s, for a hard day's work. 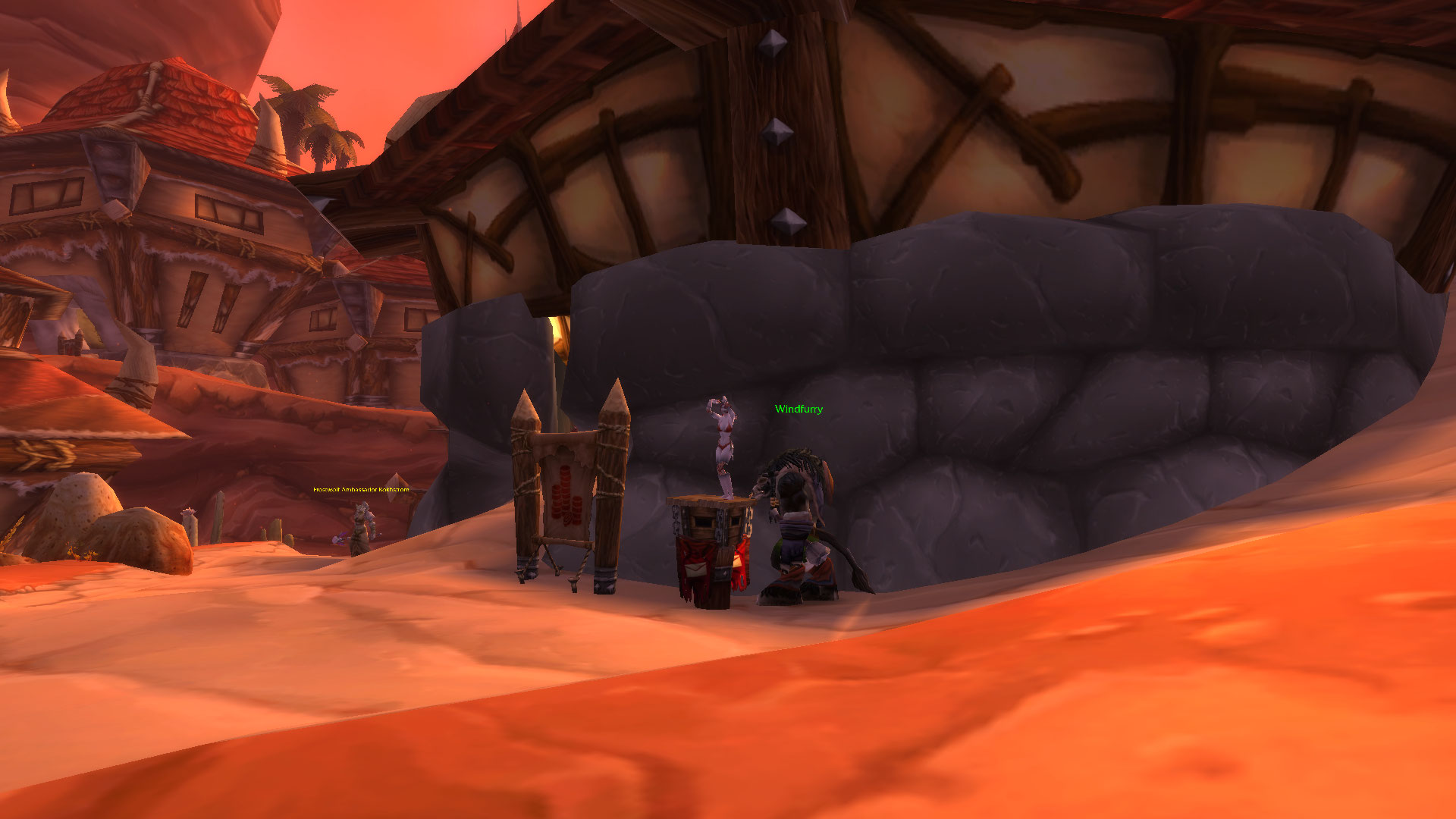 Day 3:
The third day felt very much like the first in reverse. I grouped up with some lovely people and did some questing, and with about 30 min left until we had predicted the servers would go down, we decided to send a raid from Brill to Orgrimmar. There was rumor that dragons were being spawned, and of course we all had to check it out. 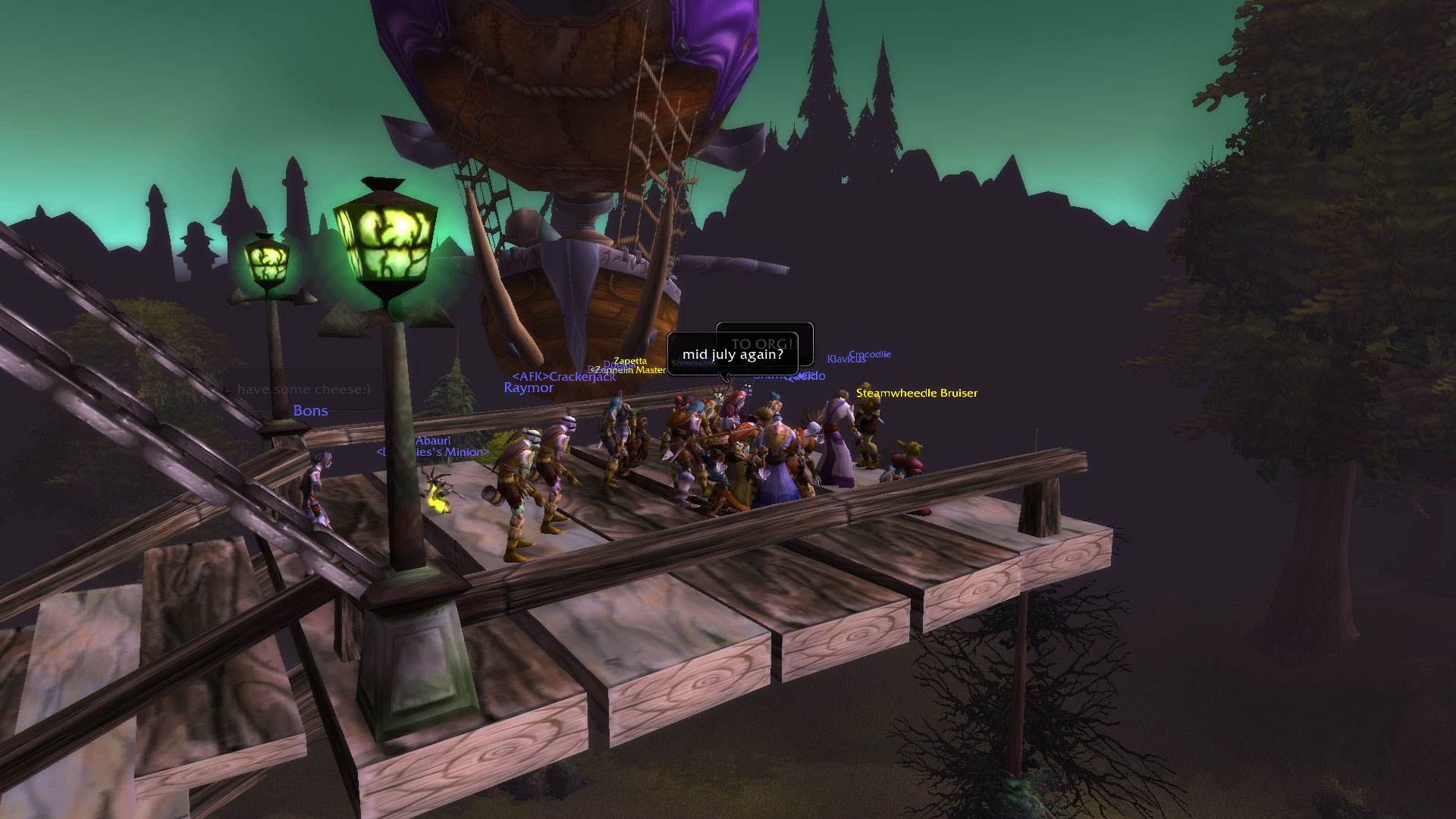 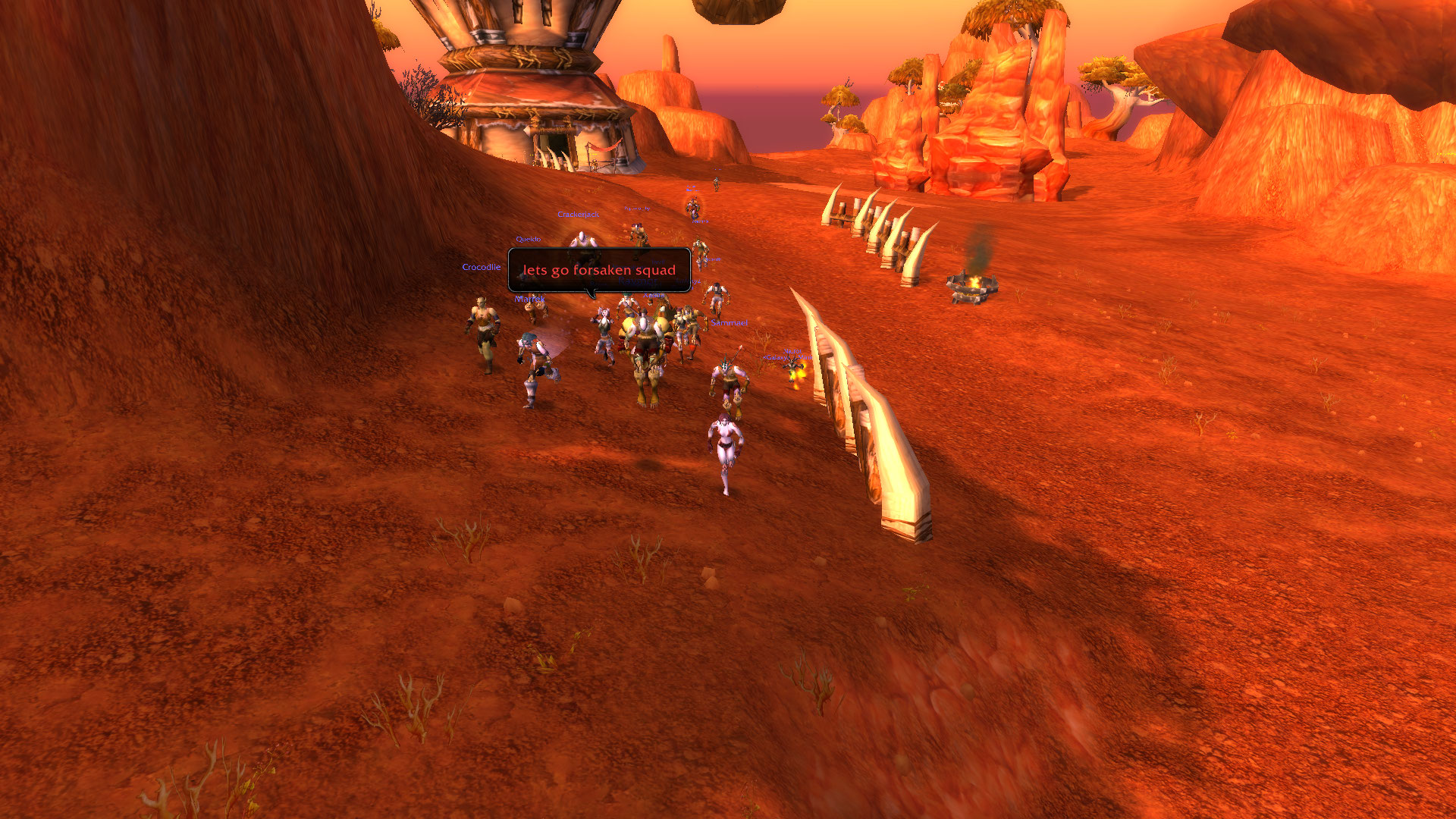 Turns out there were no dragons, BUT there was a big old party going on in Thrall's throne room. There was dancing, and yelling (a lot of yelling), and at one point some phasing between layers. But eventually, everyone got merged into one. That was when the real chaos started. 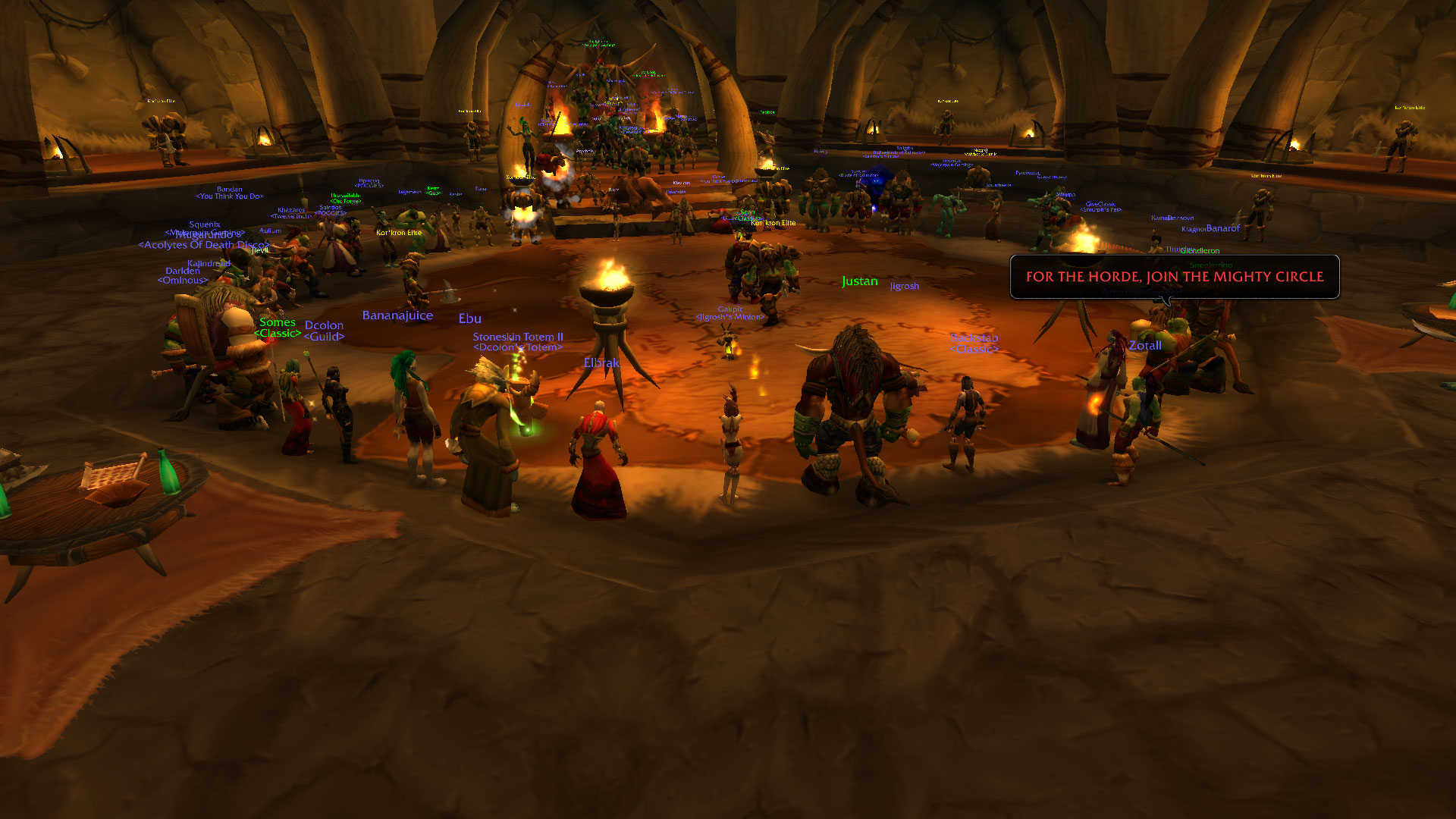 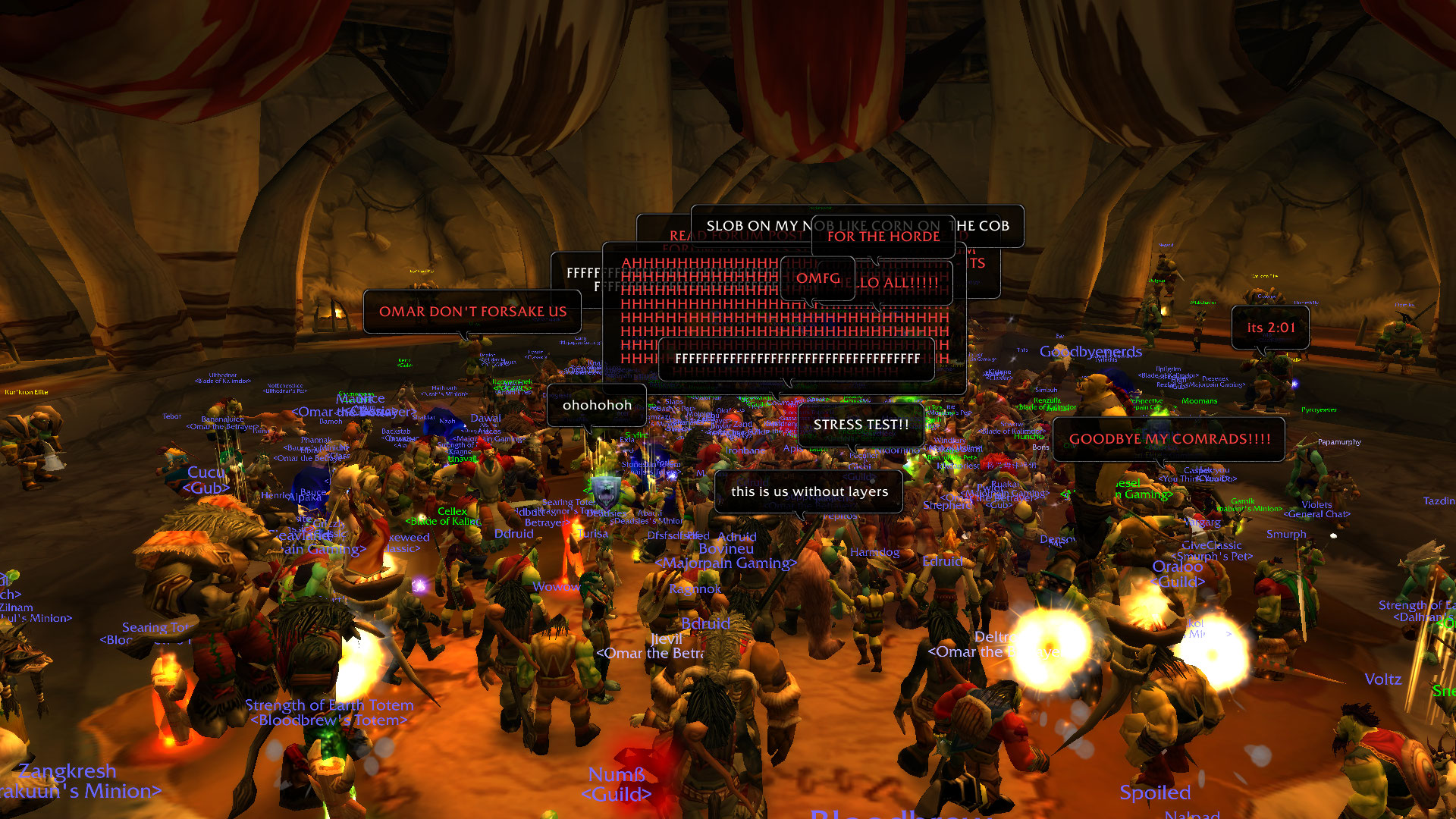 Someone yelled out that bosses were being spawned at the Orgrimmar gates, and of course, everyone had to go check it out. 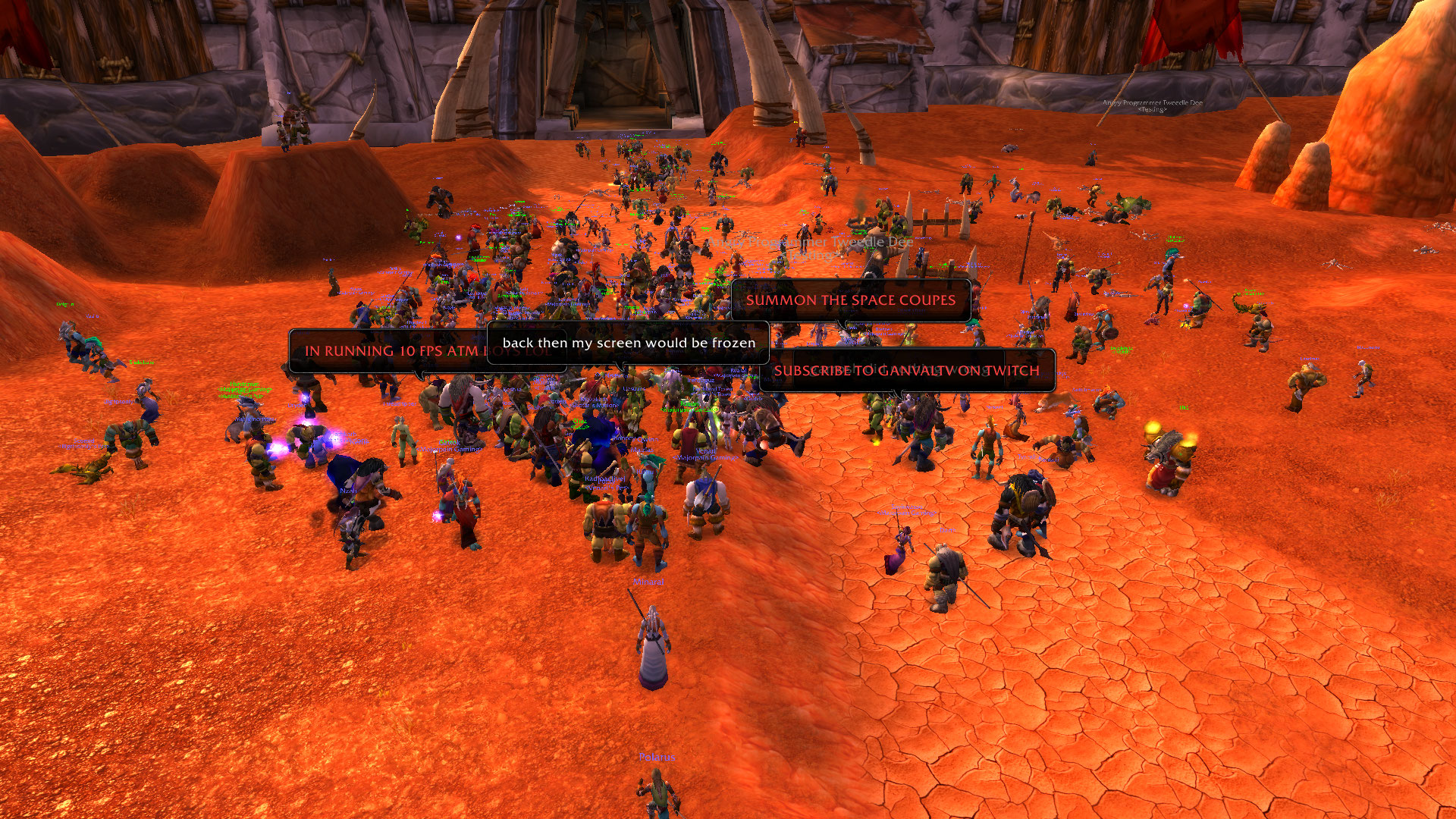 You can maybe make out the greyed out name of the "Angry Programmer Tweedle Dee" dead on the ground. (The rumors were true!) Everyone started to congregate outside the gates, forming into little blobs overlooking the scene. 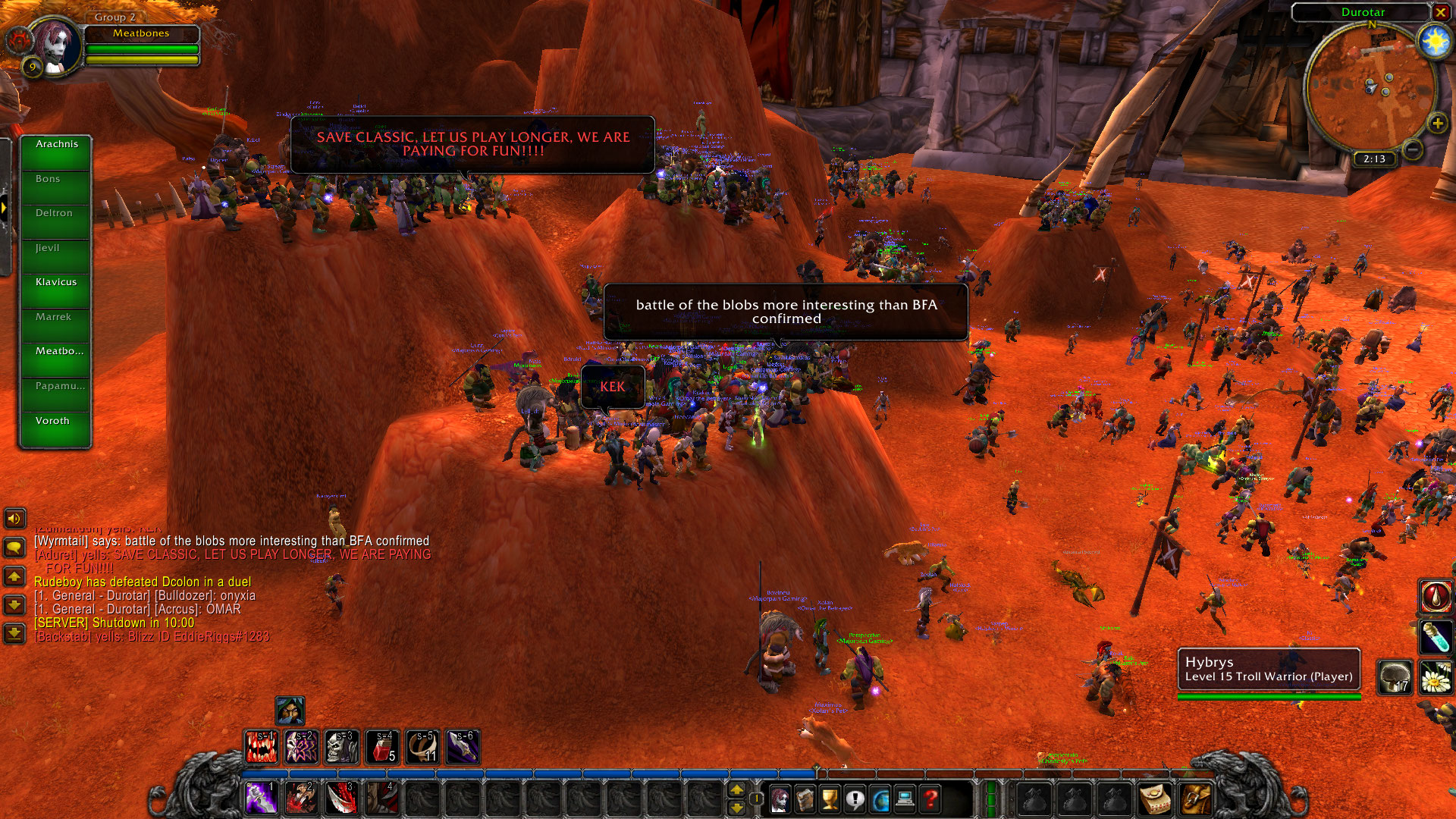 I ended up dueling someone and could not for the life of me find them in the sea of people. The pain of being a melee class I guess, as the warlock I was dueling feared me over and over again. Toying with me. Not to mention the fact that what I was seeing was more like a slideshow than smooth gameplay. Eventually, more bosses were spawned and a lot of us died. And with my death, I found myself back at the log in screen. Disconnected.

In total, it was a really fun experience. I didn't find much to complain about. I saw the floating peacebloom that some of you may have seen on Reddit. I had some issues where it felt like maybe my looting was a little bit laggy. It took me 6 1/2 hours to get to level 9. But overall, it just felt like the good times I remember having 15 years ago. August 27th can't come soon enough.

If anyone got to party with a little undead rogue named Meatbones, then hello! I had fun with each and every one of you!

For anyone else who got to play, how was your Stress Test? And let's see those screenshots!

Thanks for sharing this stuff guys. This stuff excites me. I can't wait to see what happens at the end of normal beta. I hope it's wacky like these screenshots.