Congrats pao! Watched the last hour of the stream, that goddamn hunter....

Guest wrote: ↑
11 months ago
Congrats pao! Watched the last hour of the stream, that goddamn hunter....

Thanks very much, I had a great time routing it and I'm just glad i finally managed to get sub 8 hours. Been claiming I could do it for awhile now and even I thought I was going crazy. <3 On launch that hunter would never exist so it just means my time would be even faster q8^)

Over 80k views and over 1k posts in this thread alone! Good job everybody!

It has been a while since I posted here! This evening we had the stresstest, and even though it was crowded, it wasn't nearly as bad as I had thought it would be. I was able to reach level 10 the first on the PvP server (Gehennas-EU) in just over 2 hours of play time. A few minutes later an undead mage and a tauren shaman joined me at level 10.

After that I went for my bear form, and completed that about 20 minutes later.

If this is an indication of how launch will go, I don't think it will be very hard to get in front and stay in front of the zerg.
I'm off to bed now, because I have work in the morning. If I hadn't I would've gone to 15 (Hunters might have beaten me to 15, so I'm taking this victory haha)!

Some thoughts regarding this stress test and the Night Elf starting zone.

I was one of the first people into the area and it was not hard to get ahead of the pack and keep going, I was the first NE to ding 10 on my server before the shutdown, i played on rogue, a hunter quickly joined me tho. I did not have access to the beta before this stresstest and some noticable things to consider if you have on been running on private servers:

In shadowglen i would say it is best to straight up go for spiders as quickly as possible and get into teldrassil at lvl5 instead of 6. (i skipped 2nd kill Quest of nightsabers and boars, and also the moss collection Q from the dryad lady).

In teldrassil, the two quests regarding collection of animal things (from zenn) and the timberling seed collection are the two biggest differences from private servers, the droprates on these are just horrendous compared to private servers. Because I was ahead of the pack and the other quick ones was doing their route i opted for picking up a random and going for relics of awakening, which i will probably do at launch too if i am ahead. The boxes are insta respawn so there is no waiting around, the only thing that might be slightly problematic is sleeping druid Q item drop from shamans, but completing these before anyone else got me to ahead of a hunter who was ahead of me by half a lvl almost the whole run. I would also like to point out that your lvl10 Q must be picked up at dolanaar compared to private servers which can be picked up at darnassus.

1-15 on stresstest with skinning and herb under 5h, was good run 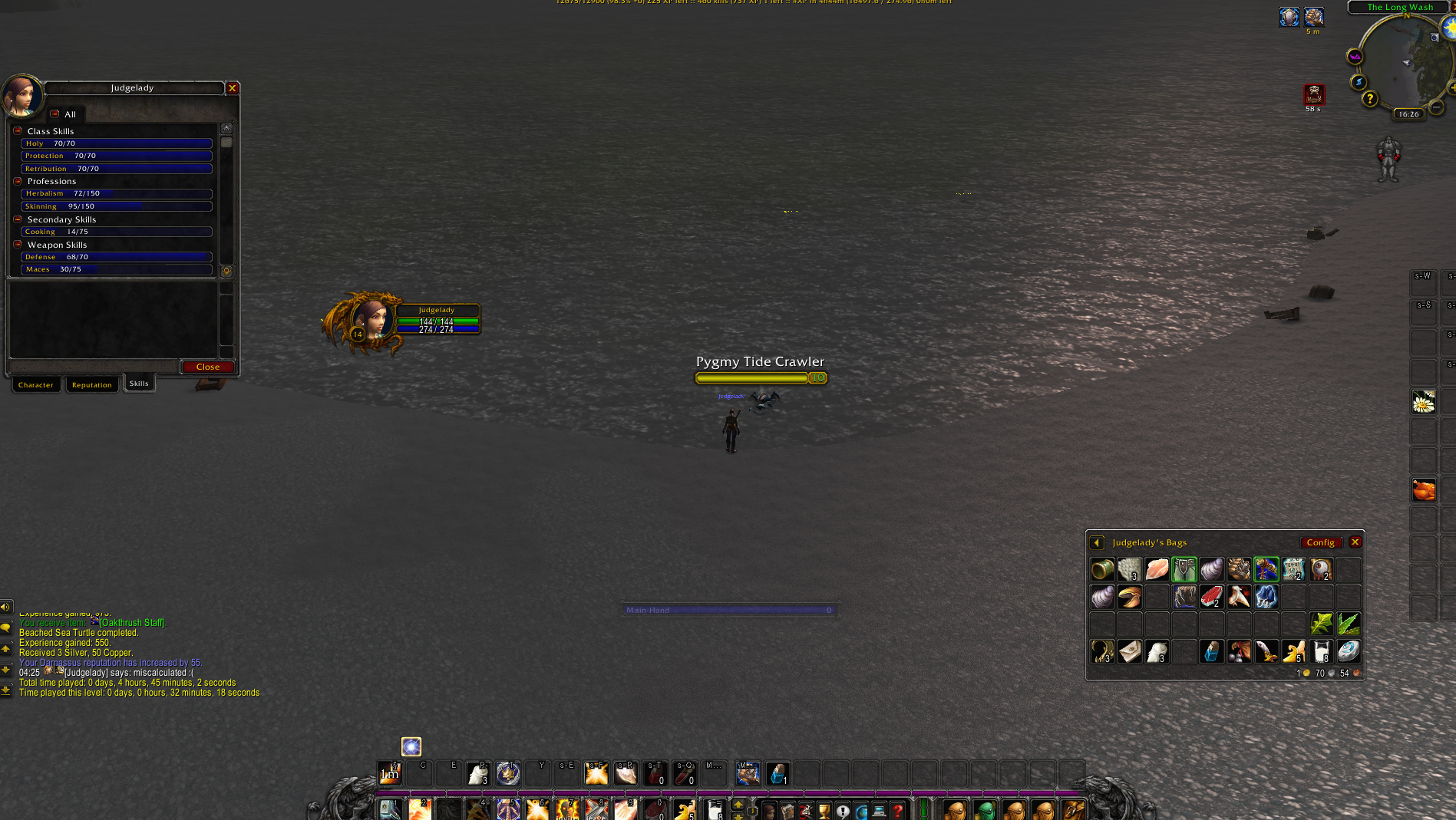 Someone had to do a warrior speedrun.

cauthonluck wrote: ↑
11 months ago
Someone had to do a warrior speedrun.

Whats the addon that shows the quest on the minimap? I've personally only used Zeatrix, but that one looks somewhat useful!
Yar, main druid!

cauthonluck wrote: ↑
11 months ago
Someone had to do a warrior speedrun.

Whats the addon that shows the quest on the minimap? I've personally only used Zeatrix, but that one looks somewhat useful!

Whenever u have time to update the leaderboards :)

I think that's world record? Especially considering I could of ding 10 at 1h25?

Anyone know a 1-12 route for Dwarf Priest crafting a wand?

I edited Joana's 1-60 4d20h speedrun level by level splits into Karmond's Speedrunning Splits to have as a reference on launch day. If you have his splits addon installed in the Classic addons folder, just copy this pastebin into your SpeedrunSplits.lua file located in World of Warcraft\_classic_\WTF\Account\[Account ID]\Saved Variables folder. If you have no file there because you haven't used the addon in game yet, just save the pastebin code as a .lua file in that folder and name it SpeedrunSplits.lua. Edit the "Orc" and "Warrior" in the code to whatever race and class your main char is, or add a copy of this for another character if you want to do multiple.

Do hyena packs in Desolace give full xp in the beta? 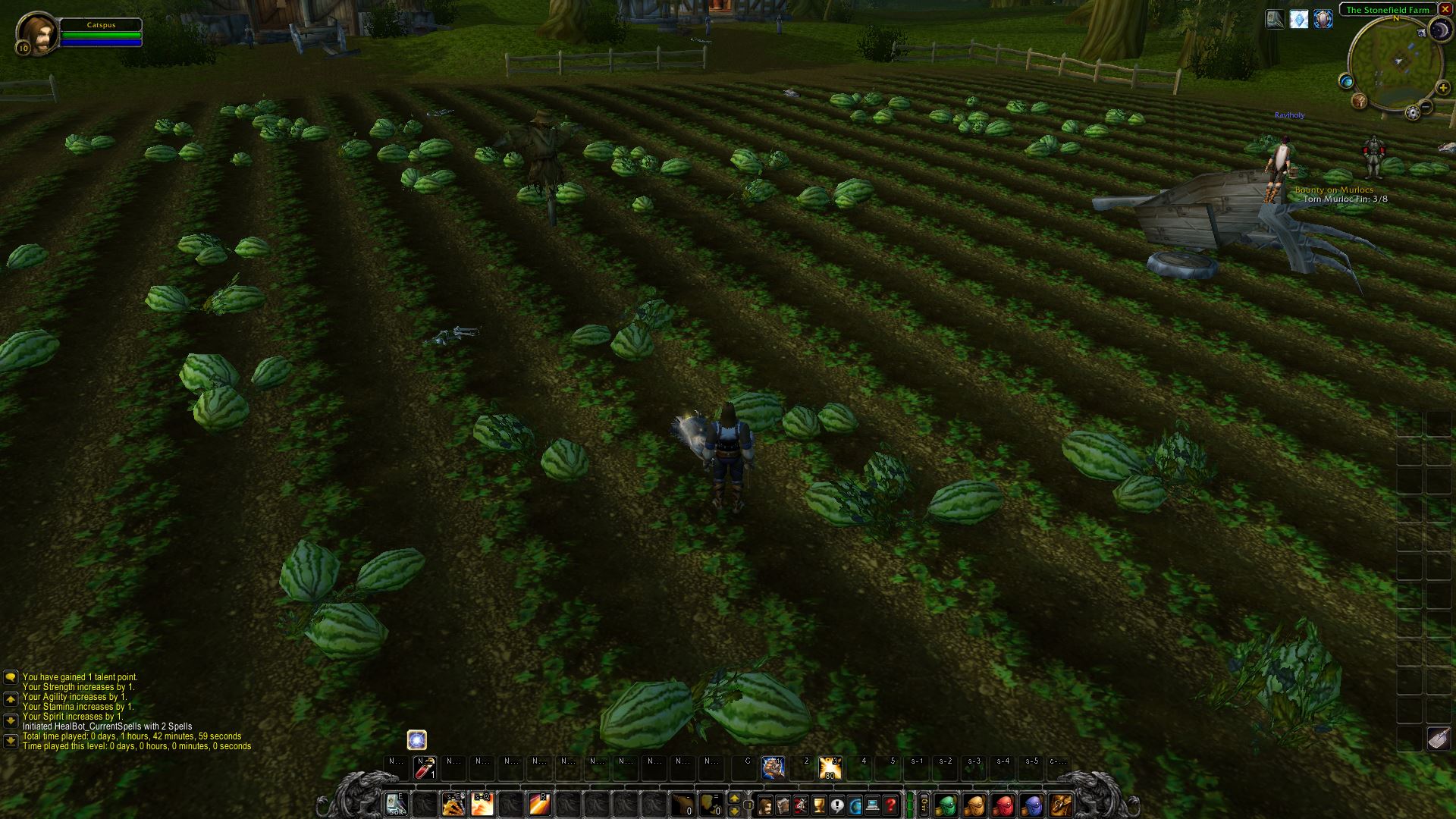 One thing I noticed right off the bat is...Northdale is extremely overturned compared to classic. I was mowing down mobs on the stress test and on northdale I forgot how hard the mobs hit.

Felt I was on track to beat judgement but I had a bit of a hicup with the murlocs. Hicup as in a few deaths.

Did another 1-10 run before Classic stress test was taken down got it down to 1h 22 mins 02 sec:
so beat my current time u mind uppdating it? @s1atan

Hi, I new to the forums, I've been looking all over for an Undead Warrior Speedrun guide or even just somewhere I can watch someone do one. I have yet to find one that takes Launch day numbers into account.

If anyone knows of where i can find one, it would be much appreciated.

Just a little over a day now...

My bet is on Jockerd!

Here’s another Hunter competing for world first as well:

Our boy @JokerdTV currently rocking about 60k viewers on twitch as he’s approaching level 59 and leading the pack for world first 60. They grow up so fast..