Did you get your names?

Did you get your names?

I wanted Chris but it was unavailable. I did get RevrendChris reserved on every PVE server, so I will be able to play on whatever one is popular.

My new Classic toons by Reverend Chris, on Flickr

I got my name then spent an hour trying random words 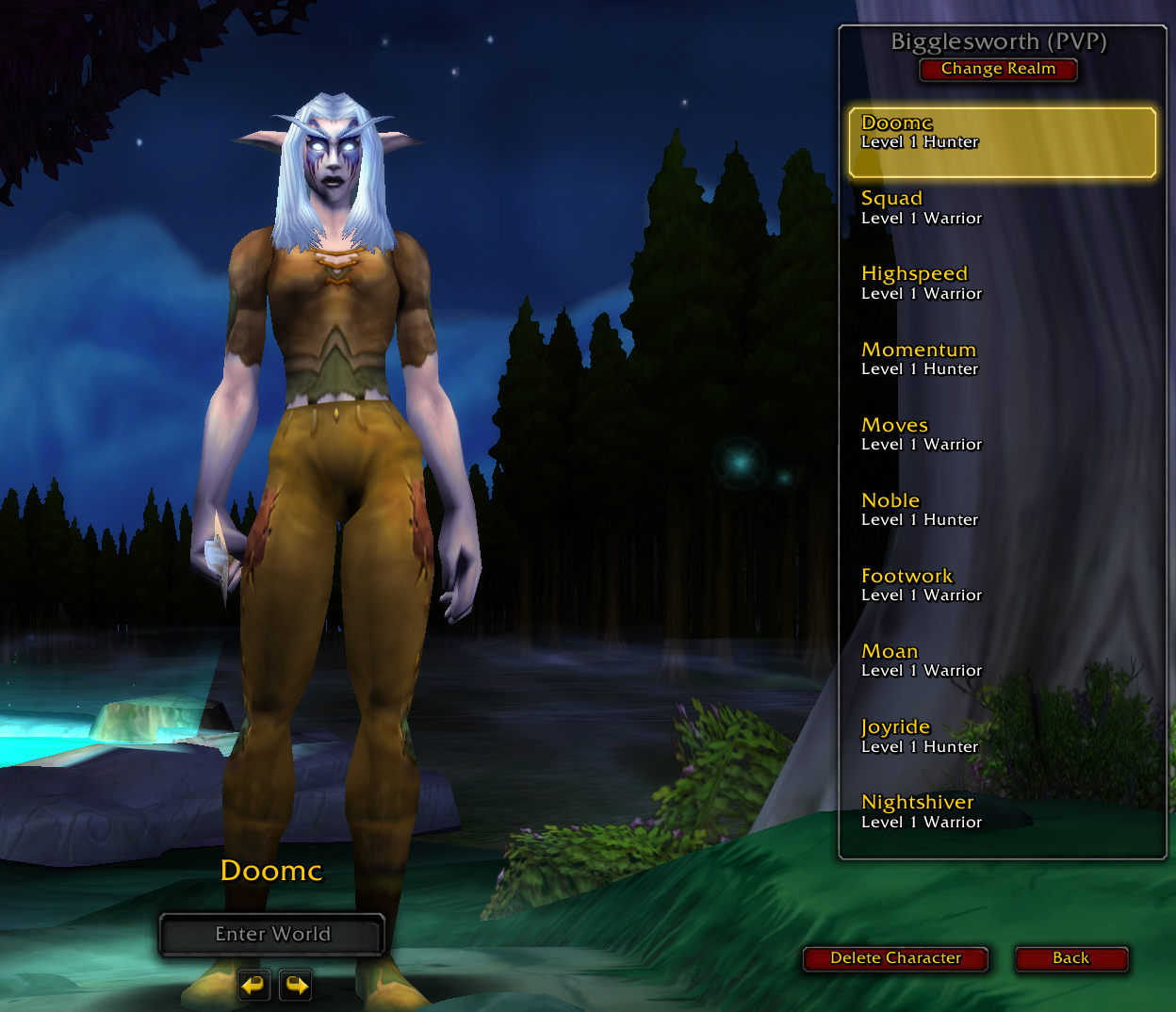 Just made myself three additional characters on the Old Blanchy and got all the names I wanted.

Got most of the names I wanted, only missed one

I wanted Fearsome, Lonesome, and Troublesome, but I'm happy with what I got.

yeah got my names and now even the names for my Girlfriend so i think we are creative enough ;)

My name was taken for the last few days. But it just became available an hour ago :)

Edit: also, all my names are anagrams of my original name (Belgrim) 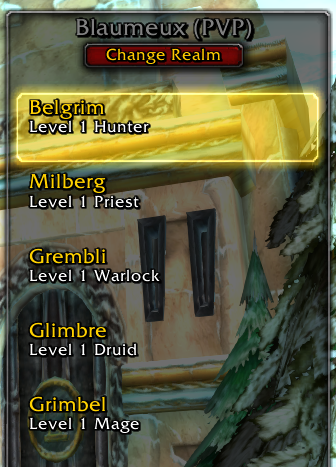 On the two relevant servers to me, I nabbed Steerclear. :) Reliving my glory days from Zul'jin!

Gondar on GromCrush reporting for duty, also have Rubick and Yurnero =)

When the hunted tell tales of Gondar, none are sure of which are true. In whispered tones they say he was abandoned as a kit, learning his skill in tracking as a matter of simple survival. Others hear he was an orphan of war, taken in by the great Soruq the Hunter to learn the master's skill with a blade as they plumbed the dark forests for big game. Still others believe he was a lowly street urchin raised among a guild of cutpurses and thieves, trained in the arts of stealth and misdirection.

I got every name I could have hoped for on my Horde and Alliance PvP servers! Starting out as Honey the Hunter!!

I wanted Blossom but it was taken everywhere. I got Honeysuckle on a few servers but my friends wanted to move and it was of course taken on the server we moved to. 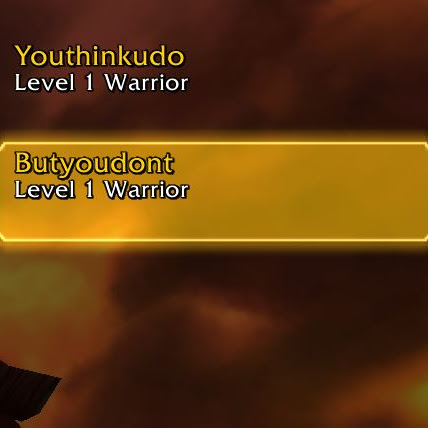 I got my name Alex on the RPPVP realm which is where me and my friends were going to play on, but we decided to move to a PVP server when new ones were announced, and I didn't get Alex on the new realm which is a bit of a bummer but I did get Alexandros so its all good

Yeah I got Czar, Lowkey, Suzor and Castaway.I am happy with those 4.

I wasn't able to get my preferred name on the server I'm rolling unfortunately, but my backup was available. It's a rough world out there.